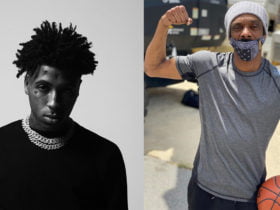 Earlier this week, the duo announced their new label, called ‘Altered States.’ The new track is taken from the new album, ‘Catching Z’s.’ It has a soothing drum pattern, creating the perfect musical environment. The title is a reference to the more somnolent vibes of the album.

MUST READ – R3HAB Team Up With Fafaq & DNF For New Single, ‘Ringtone’

Catching Z‘s will be available for streaming and purchase on Friday, March 26th. Limited Edition Vinyl & T-shirts are now available for pre-order Check It below.

Meanwhile, Also, In July 2020, Zeds Dead unleashed their DELUXE package of ‘WE ARE DEADBEATS VOL. 4,’ the deluxe version featured 12 new remixes of tracks on the album, plus 3 new collaborations. In Dec, They teamed up with the artist, PEEKABOO for the latest EDM single ‘POWA.’