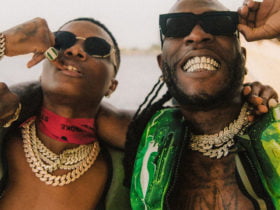 Burna Boy Team Up With Wizkid For New Song “B. d’Or”

The Music artists Subtronics & Zeds Dead has released their New Collaboration song named “Bumpy Teeth”. The track “Bumpy Teeth” has played in many live sets, but the actual theme of the track is so far more than we ever expected. The song has drop on drop on drop on drop, a seemingly unending cascade of bass and filth.

Here is the brand new drop “Bumpy Teeth” by our most poplar artists Subtronics & Zeds Dead. Hope you guys like this song and must share with your friends. As far as collaborations go, I don’t think we could have hoped for anything better than this.