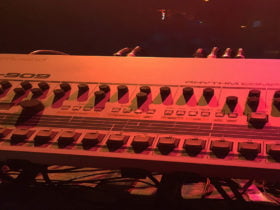 Are you looking for Instruments used in Chinese Music? No need to go anywhere. Because here we have come up with a solution. Instruments have been always an integral part of the music. Although some artists have the skill to produce vocal music like instruments, we can’t deny that they can’t replace instruments. When we are talking about traditional ones that there is no doubt about their uniqueness. Do you agree?

Every region has its own culture and it is the specialty of that region, be it the state, city, or nation. Today in this post we are going to discuss the most popular Chinese instruments. Well, it is not possible to add each and every instrument in the post. We have included 15 Most popular instruments used in Chinese music.

Here we go! Let’s dive deep into the list without any further discussion. Know more about Chinese instruments given below:

A two-string instrument Erhu is similar to a violin. It is a kind of bowed musical instrument. It is one of the most popular Chinese instruments that originated from Northeast China. In fact, Erhu belongs to the huqin family of bowed string instruments. It can be used at both contemporary and traditional music events.

Dizi is a Chinese side-blown flute in Chinese opera, folk music, and orchestra. It is also referred to as the di or héngdi. Dizi flutes have been present in China for over 9,000 years. Dizi is made from white bamboo in Suzhou and Hangzhou. But in the northern areas, it is made from violet/purple bamboo.

Suona is one of the classical instruments of Northern China. Some other names of the instrument are haidi, dida, and laba. It appeared in China in the 3rd century. Moreover, It has traditional and modern versions that produce different music. The Chinese art house drama film “Song of the Phoenix” depicts the trend and popularity of Suona.

Gong is one of the famous Chinese percussion instruments. It produces a loud ringing sound. There are three kinds of gongs: Bossed gongs, Bowl gongs, and Suspended gongs. Generally, gongs are made of bronze or brass. It comes in different sizes and shapes and that’s why has different pitches.

Sheng is a mouth-blown polyphonic Chinese instrument. It consists of vertical pipes. It has been an important instrument in ancient music. Indeed, Sheng is also famous in present times for producing melodious music at celebrations and festivals. Traditional shengs are small and easy to hold while reformed shengs are large and need a lap or stand to put it on.

Guqin is a renowned Chinese instrument since ancient times. It has a history of over 5,000 years. Earlier, Guqin had five strings that represent the elements of metal, wood, water, fire, and earth. Afterward, it consisted of seven strings. Guqin sounds better as a solo instrument. However, the instrument “Xiao” can be used along with it.

Ruan is a traditional Chinese instrument. It is a plucked string instrument with a circular body and a fretted neck consisting of four strings. The ancient instrument had 13 frets. While the modern one has 24 frets along with twelve semitones on each string. Ruan comes in five different sizes.

Bianzhong is one of the ancient Chinese instruments. It consists of a set of bronze bells hung in a wooden frame and struck with a mallet. China is the first country to manufacture and use musical chimes. It was a special instrument and a sign of wealth and power in ancient China. A rod or wooden hammer is used to produce sounds of different pitches.

Guzheng is a Chinese instrument or we can say it’s a plucked zither. It traces its roots to China before the 6th century BCE. It has a large Paulownia resonant soundboard. Traditional playing styles include the use of the right hand to pluck the notes and the left hand to add ornamentation. While modern style includes both ends on the right side.

Pipa is a traditional instrument that is also called a Chinese lute. The name pipa consists of two syllables “pi(to strike outward with the right hand)” and “pa(to pluck inward towards the palm of the hand)”. It has a varying number of frets ranging from 12 to 31. Its wooden body has a pear-like structure. The origin of pipa is a matter of confusion, some say it originated from China while some belief it to be non-Chinese.

Xiao is one of the most famous Chinese instruments. It is a vertical end-blown flute made of bamboo. It originated during the Han Dynasty in China. Black bamboo and purple bamboo are the best bamboos to make this instrument. Traditional xiao have six finger holes and modern ones have eight to play other notes naturally.

Konghou is a plucked string instrument. It has three variations namely Wo Konghou(horizontal), Shu Konghou(vertical), and Feng Shou Konghou(phoenix-headed). The 20th-century modern Konghou is different from the ancient one. They were used in solo performances, court instruments, and Chinese orchestras.

Xun is a Chinese vessel flute. It is one of the most popular instruments since ancient times. Earlier it was made with stone and baked clay and later on with ceramic, bamboo, or clay. The origin of this instrument belongs to the Stone Age. It has three holes and produces so, mi, do, la, and fa notes. During the Shang dynasty period, the holes were standardized.

Yunlou is a Chinese instrument. The term means a cloud of gongs. It was also known as yún’áo in ancient times. It is a set of ten gongs hanging on a wooden frame. Where each gong has a diameter of nine-twelve cm and the frame has a height of 52 cm. The gongs have different thicknesses and thicker gongs produce higher-pitch sounds.