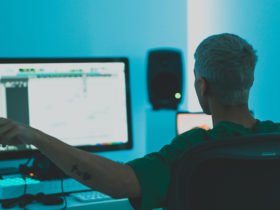 Hello folks, are you looking for famous classical music composers? so you are at the right place now. In this article, I am going to discuss the greatest classical musicians and composers in the world.

As we all know, Classical music is one of the oldest forms of music in the world. Even though it is periodically said to be outdated, it has not lost its capability to provide joy and relaxation to those who listen to it.

Wolfgang Amadeus Mozart was a prolific and influential composer of the Classical period, born on 27 January 1756 and died on 5 December 1791. Mozart is one of the greatest composers in the history of Western music, with music admired for its “melodic beauty, its formal elegance and its richness of harmony and texture”.

During his last years in Vienna, he composed numerous of his best-known symphonies, operas, concertos, and pieces of the Requiem, which were mostly incomplete at the time of his early death at the age of 35.

Johann Sebastian Bach was a German composer and musician of the late Baroque period, Born on 31 March [O.S. 21 March] 1685 & died on 28 July 1750. He is known for his orchestral music such as the Brandenburg Concertos & instrumental compositions such as the Cello Suites. Since the 19th-century Bach Revival, he has been typically regarded as one of the most significant composers in the history of Western music. He is one of the most Famous Classical Musicians in the world.

Ludwig van Beethoven was a German composer and pianist, born on 17 December 1770 & died on 26 March 1827. Beethoven remains one of the most respected composers in the history of Western music, his works rank among the most performed in the classical music repertoire. His first prominent orchestral work, the First Symphony, premiered in 1800, and his first collection of string quartets was published in 1801.

Frédéric François Chopin was a Polish composer and virtuoso pianist of the Romantic period who wrote mostly for solo piano, born on 1 March 1810 & died on 17 October 1849. He has maintained worldwide fame as a leading instrumentalist of his era, one whose “poetic genius was based on a professional technique that was without equal in his generation.”

Wilhelm Richard Wagner was one of the famous German composers, theatre directors & polemicists, who are mostly known for his operas, born on 22 May 1813 & died on 13 February 1883. Unlike most opera composers, Wagner wrote both the libretto and the music for each of his stage works.

His advances in musical language, such as excessive chromaticism and fast shifting tonal centers, greatly impacted the development of classical music.

Antonio Lucio Vivaldi was an Italian Baroque composer & virtuoso violinist, born on 4 March 1678 & died on 28 July 1741. Vivaldi is one of the greatest Baroque composers. Vivaldi composed many instrumental concertos, for the violin and a mixture of other musical instruments, as well as sacred choral works and more than fifty operas. He is one of the most Famous Classical Musicians in the world. His music remains widely popular in the present day and played all over the world.

Pyotr Ilyich Tchaikovsky was a Russian composer of the Romantic period, born on 7 May 1840 & died on 6 November 1893. He was the first Russian composer whose music would create a lasting impression worldwide.

He wrote some of the most popular concert and theatrical music in the contemporary classical repertoire, including the ballets Swan Lake and The Nutcracker, the 1812 Overture, his First Piano Concerto, Violin Concerto, several symphonies, and the opera Eugene Onegin.

Franz Joseph Haydn was an Austrian composer of the Classical period, born on 31 March 1732 & died on 31 May 1809. He was instrumental in the growth of chamber music such as the series quartet and piano trio. Haydn spent much of his career as a court musician for the wealthy Esterházy family at their Eszterháza Castle. He is one of the most Famous Classical Musicians in the world.

Johannes Brahms was a German music composer, pianist, and conductor of the mid-Romantic period, born on 7 May 1833 & died on 3 April 1897. His music is rooted in the structures and compositional techniques of the Classical masters.

Georg Friederich Händel was a German-British Baroque composer, born on 23 February 1685 & died on 14 April 1759. He is well known for his operas, oratorios, anthems, and organ concertos. Handel’s music forms are one of the cliffs of the “high baroque” style, bringing Italian opera to its highest development. His music was admired by Classical-era composers, especially Mozart and Beethoven.

Sergei Vasilyevich Rachmaninoff was a Russian composer, virtuoso pianist, and conductor, born on 1 April 1873 & died on 28 March 1943. Rachmaninoff is widely considered one of the finest pianists ever & one of the last great representatives of Romanticism in Russian classical music.

Sir Edward William Elgar was an English composer, born on 2 June 1857 & died on 23 February 1934. His popular compositions are orchestral works including the Enigma Variations, the Pomp and Circumstance Marches, concertos for violin and cello, and two symphonies. Elgar has been depicted as the first composer to take the gramophone seriously.

Franz Peter Schubert was one of the famous classical Austrian musicians & composers of the late Classical and early Romantic eras, born on 31 January 1797 & died on 19 November 1828. His major works include “Erlkönig” (D. 328), the Piano Quintet in A major, D. 667 (Trout Quintet), the Symphony No. 8 in B minor, D. 759 (Unfinished Symphony) & more. Today, Schubert is ranked among the greatest composers in the history of Western music.

Claude Debussy, born on 22 August 1862 & died on 25 March 1918, was a popular French composer ever. He was one of the most influential composers of the late 19th and early 20th centuries. Almost 40 aged he achieved international fame in 1902 with the only opera he completed, Pelléas et Mélisande. His music was to a considerable extent a reaction against Wagner and the German musical tradition.

Ralph Vaughan Williams was an English composer, born on 12 October 1872 & died on 26 August 1958. He is Extremely influenced by Tudor music and English folk song, his output marked a strong break in British music from its German-dominated style of the 19th century. He wrote many works for amateur and student performance.