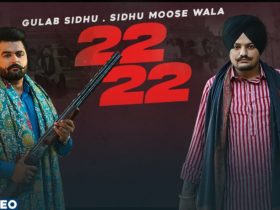 “Dil da ni mada, tera Sidhu Moose Wala” this tagline from Sidhu Moose Wala is famous and this line proves the personality of Sidhu Moose Wala. Sidhu is the all-time most trending and famous Punjabi singer all around the world. He also teams up with Bohemia for the track Same Beef, this track has already gotten 136M views on Youtube.

Sidhu Moose Born on 13 January 1990 is a Punjabi Sidhu Moose Wala started his career by writing the lyrics of the song “License” sung by Ninja and began his singing career on a duet song titled “G Wagon”.

But Sidhu Moose Wala got his breakthrough after the hit of his track called ‘So high’. After this track, Sidhu never looks back and continues he gives the hit tracks to his fans.

On Sunday, May 29, 2022, Sidhu Moose Wala was shot dead by unidentified assailants in the Jawaharke village of Mansa district.

So, there are a lot of songs by Sidhu all are good but we take only 10 of them so let’s start –

About 2 years ago on 9 August 2017 Siddhu Moose Wala Released the track ‘SO HIGH’ On the ‘Humble Music’ Record label. The gangsta rap song was produced in collaboration with Canadian producer Byg Byrd. After the song Sidhu was criticized for his look that is Sidhu Moose Wala is not have a hip-hop personality, but now Sidhu has own unapologetic lyrics and look.

After the massive hit of ‘So high’ comes the critics so Sidhu reply all the haters in this song. Through this song Sidhu proves his personality and after that people are becoming a fan of Sidhu’s style and music.

It’s not all about Sidhu talking about gangs, war, or weapons. Sidhu Moose Wala releases one romantic song every valentines day. The song ‘It’s all about you’ was released on Feb 13, 2018. If you Love this side of Sidhu then you definitely love this one.

This is one of the biggest collaborations – Bohemia ft. Sidhu Moose Wala. YRF Digital in association with Saga Music presents the most awaited Punjabi Single – #SameBeef – a song dedicated to all those friends who have your back, no matter what. This song is soo good the verse of bohemia is so strong, that this is the best track of any Sidhu Moose Wala’s collaboration.

The Dhakka song is already leaked on youtube before the original video was published. The official video is uploaded on Sidhu Moose Wala’s own channel. This song is the most awaited song because these songs have a very catchy hook by the Afsana Khan. While the other side the music video is also amazing you people have to watch it now.

The song Selfmade is an inspirational song from Sidhu, he talks about his life and struggles because he came from a middle-class family there is no silver spoon. This song is a part of his debut album PBX1.

Issa Jatt this song is dope and the rap verse of brown boy Sunny Malton is just another level. Sidhu Moose Wala and sunny Malton did a lot of songs together but this one has no competition. The beat of songs is produced by of course BYG Byrd. Many of Sidhu Moose Wala’s songs have BYG BYRD beats.

This song is done in collaboration with another hit machine The Prophec. Nealveer Chatha known by his stage name, The PropheC, is an Indo-Canadian singer, songwriter, and producer. His debut album, Forever, was released in 2011, which contained one of his first hit singles Sohni.

The Hit Collaborator Sidhu and sunny Malton again give you the anthem this time called Sidhu’s Anthem. This song was released on Apr 2, 2019, on Sidhu Moose Wala’s youtube channel.

So, here we come at the end of the article we share the 10 best Sidhu, we do not claim that these are the only 10 songs that are best from Sidhu Moose Wala, He has done a lot of songs and here we take the different songs from other ones to complete the best 10 lists.

Followings songs we missed to put on the list but you can listen they all are amazing.