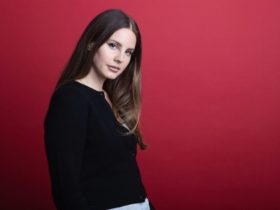 Her track marks a tribute to her late mother, comes with a video depicting a ritual funeral. It was directed by Andrew Thomas Huang, with co-creative direction by Björk and James Merry.

Björk wrote on Instagram, “For 20 years I have not been able to attend funerals as something about them rubbed me the wrong way.” In a new interview with Pitchfork, she elaborated, “I would help organize the musicians and the set list, but I couldn’t go inside the church [for family members’ funerals]. I would just get so mad.

“I’m an atheist, so it was like, ‘Wait a minute. There’s a priest here who has never met the person who passed away?’ It’s like having an MC rapping raps that he didn’t write.” Of “Ancestress,” she added, “If I was a priest, it’s what I would’ve said at the funeral.”

This track marks the third track from her upcoming album, Fossora, following the runway-ready visual for “Ovule” and lead single “Atopos” and its mushroom-rave music video.

READ MORE – Comics Similar To Mice And Men For Teenagers