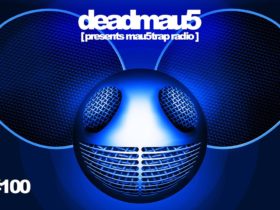 So guys, On the 31st birthday of the most popular late EDM artist Avicii, we are presenting the best 5 tracks of him, these tracks remind the memories of him. Listen to all the songs below.

As we all know, Avicii(real name Tim Bergling) was a Swedish DJ, record producer, musician, and songwriter who specialized in record producing, audio programming, & remixing. He started releasing his remixes on electronic music, his a debut studio album named ‘True‘ (2013), blended electronic music with elements of multiple genres, and received generally positive reviews. In 2015, he released his second studio album, Stories, and in 2017 he released an EP, Avīci (01).

Avicii’s ‘Wake Me Up’ is one of the best hits of all time in electronic music. Even at present the melody the ‘Wake Me Up’ is caught in our head and forcing us to bounce on this iconic track. The track was one of the biggest and successful best EDM tracks of Avicii’s profession.

Avicii’s “Hey Brother” is likely one of the tangiest dance flooring favorites to ever grace the music festival circuit. Honest warning, the music video is liable to make you cry. Meanwhile, Singer Dan Tyminski brings the heavy bluegrass aspect over Avicii’s four-on-the-floor and brightly glowing synths.

READ MORE – 10 Apps every Music Producer needs on their phones

The track “Levels” is a song by Swedish DJ Avicii that was released on 28 October 2011. “Levels” is timeless, it is universal, it is love. It contains a vocal sample from the 1962 gospel-inspired song “Something’s Got a Hold on Me” by Etta James. This is album one of the best hit of Avicii.

The track, “Without You” released on Avicii’s six-track EP Av?ci (01) and sports a catchy melody with zippy synths reminiscent of his country-pop sound. It is music by Swedish DJ Avicii, which includes vocals from Swedish singer Sandro Cavazza.

5 – Avicii & Sebastien Drums – My Feelings For You

The track, “My Feelings for You” is a 2010 track by DJs Avicii and Sebastien Drums, which is a remix of an original made by Cassius, a French house band, which released on Astralwerks in 1999. It’s a tremendous disco inferno, a hunk of burning dance ground glory. It won’t have charted as sturdy as other Avicii songs, however, it’s undoubtedly a crowd favourite.