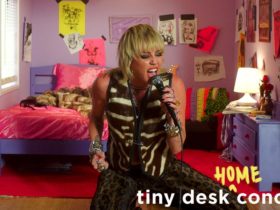 The music festival, Rolling Loud Portugal 2021 has unveiled the second show full lineup with the main headliner’s Cardi B and STORMZY. Check out the second show list below.

In the second phase, Rolling Loud Portugal 2021 show will happen between July 9-10, 2021, and Today (September 8) organizers have confirmed the first names on the bill for these two extra days.

In July, Rolling Loud revealed its first full line up or festival dates with main headliners A$AP ROCKY, FUTURE, and WIZ KHALIFA. The festival will take place from 6th – 8th July next year. This year’s event was postponed due to the coronavirus pandemic.

This year’s flagship Rolling Loud Festival was about to happen in Miami in May but it surely was also postponed. It’s set to return in 2021 although between February 12-14.

Recently, Cardi B and Megan Thee Stallion’s new collaboration track ‘WAP’ has broken the record of the first-week stream and became No. 1 at songs chart on Billboard Hot 100.

According to the Billboard Hot 100 stats, the track drew 93 million U.S. streams and 125,000 downloads sold within the week ending Aug. 13, based on Nielsen Music/MRC Information, probably the most for any song ever in its first week of release.