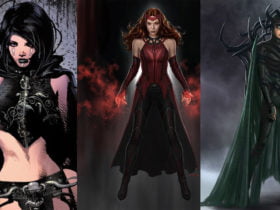 Hey folks! How have you been? Today’s article is about 80s music videos.

Well, 80s music videos always redefine the meaning of how a wonderful music video should be.

However, The best 80s music videos not only defined the decade but also influenced fashions and elevated the music video to the status of high art.

Furthermore, Let’s flashback to a more radical time of 80s music videos, when everyone was a little bit more tanned; a bit richer, broker, madder, and wilder, in the best of the decade-defining 80s music videos.

So, without any further ado, let’s dive straight into the list of 80s Music Videos.

This video would look great in 2020, let alone in 1984, and has been streamed over a billion times on YouTube.

However, This classic clip presents the story of a young girl reading a comic book. The book is about a heroic guy and his fantastic adventures.

Furthermore, the fictional animated character on paper invites the real girl to follow him to his realm of imagination, where everything is possible, but they also face some obstacles on the way.

To begin with, Michael Jackson’s Thriller is a 1983 music video for the song “Thriller” by the American singer Michael Jackson, released on 2 December 1983.

However, The video was directed by John Landis, written by Landis and Jackson, and stars Jackson and Ola Ray.

Furthermore, It references numerous horror films and sees Jackson dancing with a horde of zombies.

Later on, Michael Jackson’s Thriller was launched to great anticipation and played regularly on MTV.

It doubled sales of Thriller, helping it become the best-selling album in history.

The album has sold over a million copies on VHS, becoming the best-selling videotape at the time.

Moreover, It is credited for transforming music videos into a serious art form, breaking down racial barriers in popular entertainment, and popularizing the making-of documentary format. One of the best 80s music videos ever.

The collaboration set new standards for the industry and became one of the most awarded videos in history.

Furthermore, all I can conclude about this 80s music video, is that it is a special mix of animation, singing, a clever story, humor, and fine irony.

Although, the seductive memories and admirable efforts for the video are clearly visible, and are indeed bound to draw applause.

To begin with, this Music video of Robert Palmer’s smash classic hit “Addicted to Love”. However, it’s one of the most iconic clips of the 80s and also one of the most spoofed as well.

Furthermore, It consists of Palmer performing the song with an all-female rock band, all wearing black dresses and with similar makeup, and bright red lipstick that seems to cause the effect we’re seeing of the same girl.

The video has received immense love around the globe. One of the best 80s music videos ever.

The official music video for the song was directed by Andy Morahan.

However, It features Michael in shades, stubble, and a pair of Levi’s blue jeans with cowboy boots, playing the guitar near a classic-design Wurlitzer jukebox.

That breaks him up into individual body parts such as a “stubbled” chin. The video was a great hit.

To begin with, The 1986 music video for “Walk This Way” symbolically placed a rock band and Run-D.M.C.

However, in a musical duel in neighboring studios, Steven Tyler literally breaks through the wall that separates them.

Furthermore, The video then segues to the bands’ joint performance on stage. The highly popular video was the first hip-hop hybrid video ever played in heavy rotation on MTV and is regarded as a classic of the medium.

The video was directed by Jon Small and filmed at the Park Theater in Union City, New Jersey.

To begin with, Prince oozed charisma and was rightly hailed as a musical genius.

Often, it is the depth and pain in Prince’s music that makes it truly great. Offstage Prince could not escape his loneliness, fear, and self-blame.

However, After the years of dancing and touring took their toll, Prince was left with only himself.

Furthermore, When his demons finally caught up with him Prince died alone, to the dismay and guilt of the friends and colleagues he pushed away over the years. One of the best 80s music videos ever.

The video clip of Paul Simon’s hit song “You Can Call Me Al” from the album Graceland.

However, A comedy act starring both Simon and Chevy Chase with a concept created by Lorne Michaels, where Chase’s character is having a photo opportunity by stealing the act from Simon while dubbing his song.

Furthermore, both enjoy some good moments doing some choreographed moves and playing some of the instruments used in the song.

The music video was a mimicry of Marilyn Monroe’s performance of the song “Diamonds Are a Girl’s Best Friend” from the 1953 film Gentlemen Prefer Blondes.

However, The mimicked scenes are interspersed with scenes of a Hollywood director trying to win the heart of an actress, played by Madonna herself.

Furthermore, Discovering that, contrary to her song, the young woman was not impressed by money and expensive gifts, he pretended to be penniless and succeeded in taking her out on a date.

Moreover, She has performed the song in five of her world tours; most of her performances of the song on tour are mimicries of the song’s music video.

Begin with, The video opens with the news of a fight circulating at a diner.

However, This scene repeats itself at a pool hall, where gang members arrive via foot, forklift, and out of sewers, while the video’s titular song begins to play.

Furthermore, The camera cuts to a scene of Jackson lying on a bed, revealing he’s the one singing and contemplating the senseless violence.

Moreover, The singer notices rival gangs and leaves. Michael Jackson dons a red leather J. Parks brand jacket and dances his way towards the fight through the diner and pool hall.

Therefore, A knife fight is taking place between the two gang leaders in a warehouse.

They dance battle for an interlude of music until MJ arrives; the singer breaks up the fight and launches into a dance routine. One of the best 80s music videos ever.

The video ends with the gang members joining him in the dance, agreeing that violence is not the solution to their problems.

A music video for “Duran Duran: Rio”, an instant classic of the 1980s from their smash-hit album of the same name.

However, The video clip presents the band having lovely and amusing moments on a boat.

While performing the song at the same time they’re on a quest to chase a mysterious beautiful woman.

To begin with, The release of the single was accompanied by a quirky music video.

However,  It cost less than $35,000, largely due to a volunteer cast and the free loan of the most sophisticated video equipment available at the time.

Furthermore,  The cast included professional wrestling manager “Captain” Lou Albano in the role of Lauper’s father while her real mother, Catrine, played herself.

Moreover, Lauper would later appear in World Wrestling Federation storylines opposite Albano and guest-star in The Super Mario Bros.

The music video was directed by Edd Griles. The producer was Ken Walz while the cinematographer was Francis Kenny.

13- Dire Straits – Money for Nothing

Dire Strait’s classic video clip for ‘Money for Nothing’, smash 1985 hit from the album “Brothers in Arms”.

However, The iconic video mixes advanced animation technology and footage from the band performing the song,

The song is seen by the animated characters such as a factory worker and a dog, all tuned on MTV.

Physical, this music video was an immediate smash hit.

However, it shipped two million copies in the United States, where it was certified Platinum by the Recording Industry Association of America (RIAA), and spent 10 weeks at number one on the Billboard Hot 100.

Furthermore, A journey that began when she crossed over from her earlier country-pop roots.

The song’s suggestive lyrics, which event caused it to be banned in some markets.

Well, it was strengthened with follow-up hits such as “Make a Move on Me”, “Twist of Fate” and “Soul Kiss”. One of the best 80s music videos ever.

15- Eurythmics – Sweet Dreams (Are Made of This)

To begin with, “Sweet Dreams (Are Made of This)” is a song written and performed by the British new wave music duo Eurythmics.

However, The music video begins with a fist (presumably Stewart’s) pounding on a table, with the camera panning up to reveal Lennox in a boardroom, with images of a Saturn V launch projected on a screen behind her, which are later replaced by a shot of a crowd walking down a street.

Furthermore, Stewart is shown typing on a computer (actually an MCS drum computer). The camera cuts to Lennox and Stewart meditating on the table. Stewart is next shown playing the cello in a field.

Moreover, The scene then returns to the boardroom, with Lennox and Stewart lying down on the table, and a cow walking around them.

Stewart is shown again typing on the computer, with the cow chewing something right next to him. The scene cuts to the duo in a field, with a herd of cows, and Stewart still typing.

Lennox and Stewart are then seen floating in a boat, with Stewart again playing the cello. The video ends with Lennox lying in bed, with the last shot being a book on a nightstand bearing a cover identical to the album.

The screen then fades to black as Lennox turns off the bedside lamp.