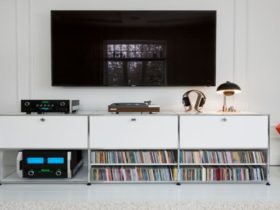 Hey folks, what’s up? The topic of discussion today is X Men Characters. However, Growing up fans of the franchise, we had always wondered who was the most powerful of the group?

Is it Phoenix, or does that honor belong to Franklin Richards? With that in mind, here I have created a list of the 10 most powerful X-Men of all time, ranked from most to least powerful.

So, are you ready to dive straight into the list of X Men Characters?

Without any further ado, let’s begin with the list of X Men Characters. Hope you enjoy it!

To begin with, Jean Grey’s affiliation with the Phoenix Force resulted in near-infinite power.

Do you know? Jean has probably died more times than any other character in the Marvel Universe?

However, each time she comes back stronger than before, much like a phoenix rising from the ashes.

Furthermore, Her telepathy and telekinesis enable her to control and hypnotize others, fly, create force fields, project concussive blasts, manipulate matter at the subatomic level, and open wormholes that let her travel through the universe faster than light.

Moreover, Her power is so great that she strikes fear into the hearts of other Omega-level mutants.

However, sometimes Jean’s Phoenix powers can go to her head and make her go nuts. One of the most Powerful X Men Characters Of All Time.

At that time she became Dark Phoenix and devoured an entire star along with the five billion inhabitants of a nearby planet.

Still, that’s exactly the kind of display of raw power that earns you the top spot on the most powerful X-Men of the all-time list.

Furthermore, Usually depicted as a supporting character in Fantastic Four. He has been portrayed as a child and as a budding superhero, albeit inexperienced.

However, Franklin is an immensely powerful being with vast reality-manipulating and psionic powers beyond Omega level mutants, despite not being a mutant himself.

His parents named him Franklin Benjamin Richards; his middle name is taken from his godfather Ben Grimm, the Thing.

However, depicted as the founder and sometimes leader of the X-Men. Created by writer Stan Lee and artist/co-writer Jack Kirby, the character first appeared in The X-Men #1 (September 1963).

Furthermore, Xavier is a member of a subspecies of humans known as mutants, who are born with superhuman abilities. He is an exceptionally powerful telepath, who can read and control the minds of others.

Moreover, Throughout much of the character’s history in comics, Xavier is a paraplegic using a standard or modified wheelchair. One of the most Powerful X Men Characters Of All Time.

To begin with, Legion (David Charles Haller) is a fictional character appearing in American comic books published by Marvel Comics.

However, He is the mutant son of Charles Xavier and Gabrielle Haller.

Furthermore, Legion takes the role of an antihero who has a severe mental illness including a form of dissociative identity disorder.

Moreover, Portrayed by Dan Stevens in the critically acclaimed FX television series Legion (2017–19), which was developed, written, directed, and produced by Noah Hawley.

Magneto, is a fictional character appearing in American comic books published by Marvel Comics, commonly in association with the X-Men.

However, Created by writer Stan Lee and artist/co-writer Jack Kirby. One of the most Powerful X Men Characters Of All Time.

Furthermore, the character first appears in The X-Men #1 (cover-dated September 1963) as an adversary of the X-Men.

Moreover, The character is a powerful mutant, one of a fictional subspecies of humanity born with superhuman abilities, who has the ability to generate and control magnetic fields.

Magneto regards mutants as evolutionarily superior to humans and rejects the possibility of peaceful human-mutant coexistence; he initially aimed to conquer the world to enable mutants, whom he refers to as homo superior, to replace humans as the dominant species.

To begin with, Cable is a fictional character appearing in American comic books published by Marvel Comics, commonly in association with X-Force and the X-Men.

However, The child Nathan first appeared as a newborn infant in The Uncanny X-Men (Jan. 1986). Created by writer Chris Claremont and penciler Rick Leonardi.

Furthermore, the adult warrior Cable was created by writer Louise Simonson and artist/co-writer Rob Liefeld and first appeared in The New Mutants #87 (March 1990).

Moreover, Initially, Cable’s origin undecided, and heassumed to be a separate character.

It was later decided that he was actually an older version of the child Nathan.

However, The superheroine first appeared in X-Men.

She is the first mutant born after the events of the “House of M” and “Decimation” storyline.

Furthermore, talking about the powers of the characters, Hope Summers is an Omega Level Mutant.

The mutant with an ability of unspecified limits to psychically manipulate and mimic the powers of other mutants.

Moreover, Hope Summers can also mimic mutant powers at their utmost capacity. One of the most Powerful X Men Characters Of All Time.

However, she generates power levels that are potentially dangerous to people and the environment around her.

Therefore, the character is indeed interesting.

Nate Grey, is the biological result of combining the DNA of Cyclops and Jean Grey.

However, Genetically engineered during the Age of Apocalypse by Mr. Sinister,

Nate was meant to be the greatest telepathic and telekinetic mutant.

Although, he betrays his creator by helping the X-Men bring an end to this apocalyptic timeline.

Furthermore, Nate is constantly striving to control and expand his powers.

However, X-Man’s powers make him a target. Multiple factions have tried to use him as a power source to do things like open portals to other realities.

Descended from a long line of African witch-priestesses,

The storm is a member of a fictional subspecies of humans. Humans are born with superhuman abilities known as mutants.

However, She is able to control the weather and atmosphere. She is the most powerful mutant on the planet.

Furthermore, Storm is one of the more prominent characters in the X-Men series, having appeared in various forms of media relating to the franchise, including animation, television, video games, and a series of films.

To begin with, Iceman is a fictional character appearing in American comic books published by Marvel Comics and is a founding member of the X-Men.

However, the character is Created by writer Stan Lee and artist/co-plotter Jack Kirby. The character first appeared in The X-Men.

Furthermore, Iceman is a mutant born with superhuman abilities. He has the ability to manipulate ice and cold by freezing water vapor around him.

Therefore, This allows him to freeze objects, as well as cover his body with ice.