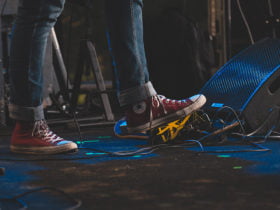 Here we go guys, In this article, we are going to discuss the best Graphic Design Software every designer needs in 2022. Nowadays the craze of Graphic design is getting increase, a lot of people are learning Graphic design and creating creative designs. Also, it is considered to be one of the most popular subject choices of students.

As we all know Graphic design is a craft where professionals create visual content to communicate messages. So, we come up with the list of 12 best Graphic design software every designer needs to learn in 2022.

Adobe Illustrator is one of the best photo editing software & a vector graphics editor.

which design program developed and dealt with by Adobe Inc.

On October 26, 2021, The latest version, Illustrator 2022 was released and marks the 25th generation in the product line.

Adobe Illustrator was reviewed as the best vector graphics editing program in 2018 by PC Magazine.

Basically, Affinity is one of the best graphic design software companies, right now it consists 3 of types:

The software is only available in Apple MAC OS.

READ MORE – Best Record Players In 2022 You Would Like

Sketch is one of the best graphic design software and vector graphics editor for macOS released on 7 September 2010 & developed by the Dutch company Sketch B.V.

It also won an Apple Design Award in 2012. It is primarily used for user interface and user experience design of websites and mobile apps and does not include print design features.

In addition to raster graphics, Photoshop has limited abilities to edit or render text and vector graphics, as well as 3D graphics and video. One of the Best Graphic Design Software ever.

CorelDRAW is the most used vector graphics editor developed and marketed by Corel Corporation.

It is designed to edit two-dimensional images such as logos and posters and it is available for Windows and macOS.

It is also the name of the Corel graphics suite, which includes the bitmap-image editor Corel Photo-Paint as well as other graphics-related programs. One of the Best Graphic Design Software ever.

It used to create works such as posters, flyers, brochures, magazines, newspapers, presentations, books and ebooks.

Gravit Designer is a full-featured, free vector design application right at your fingertips. A cross-platform design tool for the 21st century.

Whether you’re working on graphics for marketing materials, websites, icons, UI design, presentations or just like to create cool concept art, Gravit Designer will revolutionize how you work.

The platform is free to use and offers paid subscriptions such as Canva Pro and Canva for Enterprise for additional functionality. Also, in 2021, Canva launched a video editing tool. One of the Best Graphic Design Software ever.

GIMP is a free and open-source raster graphics editor.

GIMP released under GPL-3.0-or-later license and is available for Linux, macOS, and Microsoft Windows. One of the Best Graphic Design Software ever.

Inkscape is one of the popular free and open-source vector graphics editors.

It used to create vector images, primarily in Scalable Vector Graphics format. Other formats can be imported and exported.

The software is an image editing program incorporating photo editing and vector illustration tools created by British software company Xara. Xara Xtreme LX was an early open-source version for Linux. One of the Best Graphic Design Software ever.

Figma is a popular vector graphics editor and prototyping tool which is primarily online, with additional offline features enabled by desktop applications for macOS and Windows.

The Figma mobile app for Android and iOS allows viewing and interacting with Figma prototypes in real-time on mobile devices.