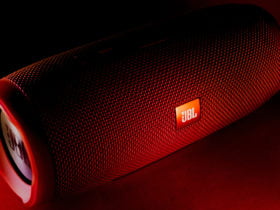 Best Waterproof Bluetooth Speaker You Must Buy In 2022

So, there may be a handful of people who call themselves rock song fans and do not know Green Day. So, today we will discuss the best songs by Green Day that are a must-listen. But before that let’s get a short insight about who Green Day really is.

So, Green Day was formed in the year 1987 by the lead vocalist and guitarist Billie Joe Armstrong and backing vocalist and bassist Mike Dirnt. The first drummer John Kiffmeyer was replaced by Tre’ Cool in 1990 before recording their second studio album “Kerplunk” in 1991. Later after Jason White joining them the band was unstoppable.

For a rock genre fan, Green Day is like an anthem that leads to freedom. So, here comes the list of the 12 Best Green Day songs you must listen to.

“Holiday” is one of the two definite political songs in the album (the other is the chorus song “American Idiot”), and it took two months to complete because Armstrong always felt that his lyrics were not good enough. With the encouragement of Cavallo, he finished the song.

Also, Holiday was inspired by Bob Dylan’s music. Armstrong wanted to write something stronger than the “American Idiot” and use harsh language to illustrate his point. This song is aimed at American conservatism. One of the best Green Day Songs Ever.

“21 Guns” takes patriotism as the theme. Lead singer and lead songwriter Billy Joe Armstrong said in May 2009, “It mentions the collapse of the 21st century in many ways, a 21-gun salute to a man who fell down but performed well on the rock stage. Gone forever.”

This track of Green Day’s fourth album was released as one single with Jaded since the songs bleed into each other. But the song Brain Stew is the one that is on the list. It is because of its memorable guitar riff and simple lyrics. With its punk-rock vibe, it is a Green Day live staple.

Nimrod’s first single is an alternative rock and punk rock blended with a shuffle beat that’s sure to get you moving. The song captivates us with Mike Dirnt’s bass and Tre’ Cools impeccable drumming. A total adrenaline boost will be felt while hearing the song. Just the kinda ride a rock lover loves.

Though it was originally recorded for “Kerplunk” it’s the version of Dookie that’s put here. Their third album second single kicks off with a blast that immediately thrills any person in. With Tre’s drum skills, Ernst’s sexy bass solo to Armstrong’s vocals and guitar the song showcases the trio’s talent and their chemistry. One of the best Green Day Songs Ever.

Must Read: 10 Best Make-Out Songs Must Listen With Your Lover

With its four-chord main riff and two-chord chorus, this mid-tempo Punk and alternative rocker is a smashing hit and a very simple song. But also, it is very effective.

The song was written when Billie went through a breakup with his girlfriend. The song is very catchy and was a smashing hit as the radio stations couldn’t stop playing it.

Green Day made a name for themselves as punk rockers but it didn’t stop them from experimenting. The risk paid off with the concept album “American Idiots”, which became their second-most selling record. It didn’t only hit the Billboard top 100 spots, but also won a Grammy and sold over 5 million copies worldwide. One of the best Green Day Songs Ever.

While the song’s subject matter is boredom but Longview is far from a boring track. With its unmistakable basslines, references about drugs and self-love, and Armstrong’s chagrined vocal delivery, the album’s first single was the perfect introduction to Green Day’s punk rock style.

Before they experimented with rock opera, Green Day surprised fans and critics with this acoustic rock ballad. Also, the song proved that they can find success by changing things up and are more than just punk rockers.

The album’s politically-charged title cut became the band’s first charting single on the Billboard Hot 100 and also earning them 4 grammy and recharging their career back. Starting with an energetic guitar riff, American Idiot combines the musical talents with Armstrong’s angry and opinionated vocals.

This song was a very daring choice as American Idiot’s last single. Its rock opera style stunned those who used to listen more of Green Day’s Punk and alternative rock songs. Despite all of this considered one of the band’s finest compositions. One of the best Green Day Songs Ever.

Recounting Armstrong’s anxiety issues, Dookie’s third single caught on with people who were able to relate to its melodramatic lyrics, unforgettable punk rock sound, and pop-punk sound. Also, the song topped the modern rock charts for over 5 weeks. The song may show Armstong’s whining but the song is very loveable.