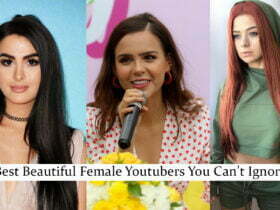 There’s nothing more romantic than being dazzled with one of the greatest, heartfelt R&B songs? R&B songs are recognized for their sensuous tunes that are meant to entice and establish a burning hot vibe.

Lovers all around the world easily get melt when they hear the appropriate R&B songs, and you know what? It makes perfect sense, given how heated these love songs are.

The aesthetic of R&B has evolved dramatically over the previous three decades, yet the elements that comprise a piece of timeless soul music remain constant. A vocal performance that is both strong and tender.

So, without wasting time here comes the list of the 12 Best R&B songs of All-time. Which can set the mood.

Former President Barack Obama’s rendition came close, but nothing can compare to Al Green’s original “Let’s Stay Together.” Green’s longing vocal range is the apex of a decades-long career of gentle serenade, and the song also topped the Billboard Hot 100 in 1972. Best of R&B

2. I heard it through the grapevine – Marvin Gaye

It’s Marvin Gaye guys. He is a total GOAT when it comes to R&B.

3. I will always Love you – Whitney Houston

Whitney Houston’s powerhouse waltz is one of the finest love songs that give everyone shivers simply because it is performed so beautifully. Her voice shines in this one, and the lyrics couldn’t be more heartfelt.

“I Can’t Write Left-Handed,” a song by Bill Withers, offers so much more than a criticism of the whole Vietnam War. He does not really look at the broad view but instead swoops in on a single soldier’s life to the true severity of the decision they’ve made to fight these meaningless conflicts.

Aretha Franklin’s most popular song is about a lady who works tirelessly every day for the sake of the guy she loves. Admiration and affection are the only things she truly desires in return.

In the greatest manner imaginable, this song is classic. In addition to becoming one of the greatest dance tunes of the 2000s, “Crazy in Love” became a nostalgic ballad that transports a lot of lives back to their student days.

In 1960, a teenage vocalist called Etta James gave a ’40s show tune new life by arranging it in a melancholy, string-centric arrangement and labelling it the headline track of her debut album.

“Emotions,” maybe the greatest example of Mariah Carey’s piercing whistle range. In fact, it layers a powerful R&B tune over a flashy disco beat to create something absolutely seductive.

Ain’t No Sunshine is multiple anthologies for Bill Withers completists that have been long overdue. Because of this Withers collections have revealed nothing about the 1970s soul guy with the rich, honeyed voice and the ability to crack emotional locks.

This mellow, emotional ballad became one of the most popular R&B songs sung at marriages over the last decade. As a result, this song is all about romance.

What’s Going On by Marvin Gaye is in fact one of the most important political albums of all time, delivering beautiful, nuanced ideas on the Vietnam War, ecology, the oppression of inner-city inhabitants, and a slew of other urgent issues.