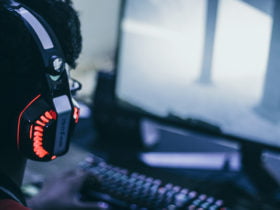 You’ll probably find that most of the inspirational movies listed below are based on true stories; which is why they have become so inspirational and so powerful, don’t you think?

However many people feel that they don’t have the time to sit down and watch several movies at the moment. But, whenever They get a moment free They love to put inspirational movies on.

There are a lot of them out there, but you can never have too many! So guys, without any further delay let’s dive straight into the list of motivational movies.

The film is based loosely on the 2005 memoir of the same name by humorist Danny Wallace, who also makes a cameo appearance in the film.

The main plot follows two terminally ill men on their road trip with a wish list of things to do before they “kick the bucket.

Despite receiving mixed reviews from critics, the film was chosen by the National Board of Review as one of the top ten films of 2007 and was a box office success, opening at #1 in the United States, and grossing $175.4 million worldwide.

Hanks plays a FedEx troubleshooter stranded on an uninhabited island after his plane crashes in the South Pacific, and the plot focuses on his desperate attempts to survive and return home.

Initial filming took place from January to March 1999 before resuming in April 2000 and concluding that May. One of the best inspirational movies you must watch.

It is based on the nonfictional story of Vince Papale (Mark Wahlberg), who played for the Philadelphia Eagles from 1976 to 1978 with the help of his coach, Dick Vermeil (Greg Kinnear).

The film is based on the true story of Richmond High School basketball coach Ken Carter (played by Jackson), who made headlines in 1999 for suspending his undefeated high school basketball team due to poor academic results.

The story was conceived from a screenplay co-written by John Gatins and Mark Schwahn.

The film also recycles a handful of plot devices from another television series, The White Shadow, in which director Carter co-starred. One of the best inspirational movies you must watch.

The film centers on the lives of professional boxer Micky Ward (Wahlberg) and his older half-brother Dicky Eklund (Bale).

It is partly based on the 1984 novel On Any Given Sunday by NFL defensive end Pat Toomay; the title is derived from a line in the book (also used in the film) that a team can win or lose on “any given Sunday”, said by the fictitious coach Tony D’Amato.

It is based on the 1986 novel of the same name by Winston Groom and stars Tom Hanks, Robin Wright, Gary Sinise, Mykelti Williamson, and Sally Field. One of the best inspirational movies you must watch.

The story depicts several decades in the life of Forrest Gump (Hanks), a slow-witted and kindhearted man from Alabama who witnesses and unwittingly influences several defining historical events in the 20th century United States.

The film differs substantially from the novel by Winston Groom.

Million Dollar Baby, a 2004 American sports drama film directed, co-produced, scored by, and starring Clint Eastwood from a screenplay written by Paul Haggis, based on short stories by F.X. Toole, the pen name of fight manager and cutman Jerry Boyd.

It also stars Hilary Swank and Morgan Freeman. The film follows Margaret “Maggie” Fitzgerald (Swank), an underdog amateur boxer who is helped by an underappreciated boxing trainer (Eastwood) to achieve her dream of becoming a professional.

It received critical acclaim and grossed $216.8 million worldwide. One of the best inspirational movies you must watch.

The film, which contains autobiographical elements from Eminem’s life, follows white rapper Jimmy Smith Jr. aka B-Rabbit (Eminem), and his attempt to launch a career in hip hop, a genre dominated by African-Americans.

The title is derived from 8 Mile Road, the highway between the predominantly African-American city of Detroit and the largely white suburban communities to the north that Eminem originally lived in.

Originally scheduled for a 2006 release, it was ultimately released on November 9, 2005, and was known as Locked and Loaded during production.

Similar to the 2002 Eminem film 8 Mile, which it used as a template, it is based on 50 Cent’s own life and was directed by Jim Sheridan.

The name of the film is shared with 50 Cent’s debut album of the same name, which had been released two years earlier. One of the best inspirational movies you must watch.

The film focuses on ten years in the life of the boxer Muhammad Ali, played by Will Smith, from 1964 to 1974, featuring his capture of the heavyweight title from Sonny Liston, his conversion to Islam, criticism of the Vietnam War, and banishment from boxing, his return to fighting Joe Frazier in 1971, and, finally, his reclaiming the title from George Foreman in the Rumble in the Jungle fight of 1974.

It also touches on the great social and political upheaval in the United States following the assassinations of Malcolm X and Martin Luther King Jr.

Produced by RA Studios and distributed by Rowdy Pictures. the film stars Vasanth Ravi, Bharathiraja, and Raveena Ravi in the lead roles, and the music is composed by Darbuka Siva.

The movie successfully ran for 50 days.

It tells the story of a frustrated and conflicted teenager who arrives at a new high school and discovers an underground fight club there.

The film was theatrically released on March 14, 2008. It received generally negative reviews from critics and grossed $41.6 million worldwide against a budget of $20 million.

15- The Pursuit Of Happyness

The Pursuit of Happyness is a 2006 American biographical drama film directed by Gabriele Muccino and starring Will Smith as Chris Gardner, a homeless salesman.

Smith’s son Jaden Smith co-stars, making his film debut as Gardner’s son, Christopher Jr. The screenplay by Steven Conrad is based on the best-selling 2006 memoir of the same name written by Gardner with Quincy Troupe.

It is based on Gardner’s nearly one-year struggle being homeless.

The unusual spelling of the film’s title comes from a mural that Gardner sees on the wall outside the daycare facility his son attended.

The movie is from 1981 in San Francisco.