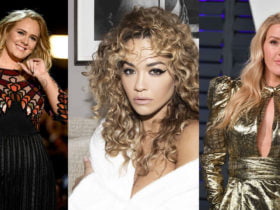 Here we go guys, In this article, I am going to discuss the best INTP Anime characters of all time. As we all know, INTP anime are anime that are greatly enjoyed by INTPs. These anime typically have deep, complex characters and storylines that can be best enjoyed by INTPs because of their analytical and introverted nature. INTP anime typically have an underlying theme or a moral that can be appreciated by INTPs.

L is a world-renowned investigator who accepts the challenge of catching the mass killer known as Kira. In his research, L evolves suspicious of Light Yagami and makes it his goal to prove that Light is Kira. One of the best INTP Anime Characters of all time.

Kenma Kozume is the volleyball team’s setter and referred to as the “heart” and “brain” of the team by his teammates. Rarely, He loses his temper, and usually does not get too excited or fired up about most things. Kenma has a quiet, composed, and analytical personality.

Tsuyu is a straightforward and unfriendly person who always speaks bluntly from her mind and what she thinks about others. She chooses to be called “Tsu”, but only by people, she views as friends. One of the best INTP Anime Characters of all time. Tsuyu has proven herself to be a positively qualified person.

Tomura, a nasty and warped personality, believed to be the dark thought of Izuku Midoriya. Tomura Shigaraki is the head of the League of Villains after his master, All For One’s, defeat and arrest. He made his first major impression as one of the main antagonists of the U.S.J. Arc.

Lain Iwakura is a shy Japanese girl in middle school at the beginning of the series. Lain is quiet and doesn’t talk much, which leads to her being a bit of a social outcast. She is mentally ill. One of the best INTP Anime Characters of all time.

Kusuo Saiki is usually trying to avoid getting into troubling situations. In the beginning, he was alone but as the story goes he ultimately gets along with his schoolmates, mainly Riki Nendou and Shun Kaidou. One of the best INTP Anime Characters of all time.

Kisuke Urahara is the former captain of the 12th Division, & the founder and 1st President of the S.R.D.I. He has depicted himself as a “mere honest, handsome, perverted businessman.” Commonly, He uses inactive conversation and outward concern to distract his opponents.

‘C.C.’ aka “C2” is the famous INTP anime character and tritagonist of Code Geass: Lelouch of the Rebellion. She shown to be stubborn, selfish, and headstrong, as well as possessing high standards, which Lelouch accepts note of and teases her about from time to time.

Aika Fuwa is one of the famous INTP characters of Zetsuen no Tempest. She was the adoptive sister of Mahiro and the girlfriend of Yoshino Takigawa. Aika had a “bad personality” due to her cold and calculating character. One of the best INTP Anime Characters of all time.

Gintoki Sakata is the major protagonist of the Gintama series. He is the founder and president of the Yorozuya, & highly-skilled samurai, having battled in the Joui War in the past. Gintoki is excessively lazy. He is wearing a dumb expression on his face.