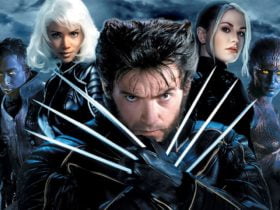 The series follows teenage Tanjiro Kamado, who seeks to become a demon slayer after his family was slaughtered and his younger sister Nezuko turned into a demon.

So without wasting our time, let’s have a look at our 16 Popular Demon Slayer Characters Ever.

Nezuko Kamado is one of the most popular characters in the Demon Slayer. She is the younger sister of Tanjiro Kamado and one of the two remaining members of the Kamado family. Once a human, she attacked and turned into a demon by Muzan Kibutsuji.

Tanjiro Kamado is the main protagonist in the series. He is a teenager who goes on a quest to restore the humanity of his sister, Nezuko, who was turned into a demon after his family was killed by Muzan Kibutsuji following an attack.

Zenitsu Agatsuma is one of the main characters of Demon Slayer: Kimetsu no Yaiba and along with Inosuke Hashibira, a travelling companion of Tanjiro Kamado and Nezuko Kamado.

Kyōjurō Rengoku is a major character in the Mugen Train Arc of Demon Slayer: Kimetsu no Yaiba. Kyōjurō is extremely enthusiastic in relation to his duties as a Hashira, and often came across as cheerfully eccentric.

Sabito is one of the playable characters in the series. He was a former apprentice of Sakonji Urokodaki before he was killed by a demon. Also, Sabito, with the help of Makomo, was Tanjiro’s mentor.

Akaza is a member of the Twelve Demon Moons, Upper Moon Three. When he was human in the Kimetsu no Yaiba (Demon Slayer) series. In his Demon form, Akaza is a very muscular but slim man with very pale skin.

Giyu Tomioka is one of the strongest swordsmen in the Demon Slayer Corps. When he was younger, he was an apprentice of Urokodaki, such as Tanjiro, Sabito, and Makomo.

Hashibir Inosuke is a member of the Demon Slayer Corps who makes use of the Breath of the Beast sword style, a style he pioneered. He is a travelling companion of the series’ main protagonist Tanjiro Kamado.

“Remember that boiling anger. […] Even if I lose my memories, my body will remember that anger that will not leave me until I die. It’s why I trained so hard that I vomited blood to destroy demons. And more… to eradicate them!” Muichiro Tokito quotes and his hatred for demons in Abnormal Situation.

Kanao Tsuyuri is a major supporting character of the series. She is a Demon Slayer of the Demon Slayer Corps, Shinobu Kocho’s Tsuguko and the adopted sister of Shinobu and Kanae Kocho.

Enmu was Lower rank one of the Twelve Kizuki and served under Muzan Kibutsuji. He was the last of the Lower Moons to be left alive and attacked a train with two hundred passengers, with Demon Slayers among them.

Hotaru Haganezuka is a swordsmith affiliated with the Demon Slayer Corps.