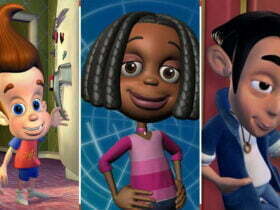 Here we go guys, In this article, we will be looking for the most popular & important Fortnite Characters of all time. As you all know, there are over 1000 skins in Fortnite and at some point, we all choose our favorite. From Kittens riding human-shaped robots to the cast of street fighters hipping their way onto the island.

Fortnite somehow has found a way to make everything fit but let’s be honest how many of these skins are important to the storyline of Fortnite. Let’s start the countdown.

The Ice King is the leader of Polar Peak, which first arrived in Season 7 after the island’s collision with the iceberg. Originally, He was asleep in the frozen chambers of the ice castle but awakened by Polar Peak’s ice thawing. The king wasn’t satisfied with this and wanted to keep the whole map covered in snow. One of the most important Fortnite Characters of all time.

The Drift, a graffiti artist with a secret. Drift first appeared on the Fortnite island all the way back in chapter one season five. Days before this Drift started appearing around the island and in the real world too & Drift dragged through one of those. In terms of law, Drift is the first person we know of to travel from our reality here on earth to the multiverse of Fortnite.

Back in 2018, the reality tears saw the Durrr Burger head from in-game all the way to the California desert and that’s where Drift vanished after tagging the mascot since then Drift mask and outfit have evolved and they have been linked to a mysterious group which is known as the Fix Clan.

Raz is the most important character in Fortnite. During the sixth season, the island was thrown through reality blooms and part of the map was sent all the way back to the primal age. Then Raz was revealed to be in possession of a shard of energy with runes upon it. He also owned numerous room scrolls one of them actually needed lupus sacrifices to power up.

Raz’s obsession with the spire caused him to become corrupted, so thanks to the spire artifact, he carries all his meddling with the runic language and those artifacts caused the last reality to notice the island and invade us. So without Raz and his obsession, the mother ship would never have come here. One of the most important Fortnite Characters of all time.

Ariana Grande, a pop star. I know some people will get a little upset that non-Fortnite characters are part of the law, but in this case, it is true Ariana was here to sing to fly about in the clouds, she hit us with an oversized hammer it was all for fun and for 10 minutes of music for the rift tour.

What many people don’t know is that the rift tour is officially Fortnite law, it is a part of the story, the event was actually a ruse by the alien invaders of season seven. This is official by the way completely real and told to us by the mustard we call Donald who is responsible for the decisions around the story of Fortnite. She was the one who sold us out to the aliens.

The Prisoner was once united under the handcuffs of The Ice King’s castle on Polar Peak, trapped for apparently many years. During the later half of Season 7, the ice he held in had melted, thus rendering him free. He went to find a key to free him of his shackles and chains, then heated himself back up with a campfire and bowls of fire.

The Prisoner then went to Wailing Woods, where he set his domain and built a giant Volcano. He also took the eggs from Polar Peak along with him. One of the most important Fortnite Characters of all time.

The Cuba Queen is the most recent character to hit the Fortnite storyline. Following on from the attack of the last season’s reality and the mothership above us we finally were able to see the women who wants to run a reality. The first thing we ever saw her do was crush a rift butterfly. We are incredibly early on in seeing her effect on the storyline. Now she just sort of sits in a bubble contemplating the future Cubetown is building around her and whatever she is planning is happening real soon.

When the fire burnt the island to a crisp we jumped forward in time the future arrived and everything had changed tilted towers became neo-titled, the retail row had a futuristic mega-complex built upon it and the volcano became the home of a giant mech.

This was the season of Singularity we had seen her briefly in the past with her helmet in the vault but now she was not hiding anymore. Singularity erected a statue of herself very arrogant of you. It is unclear why the mech was being built but Fortnite did heavily insinuate that singularity was the driving force behind it.

She watched the building loading screens and unlocked styles which linked to each part of the mech built then it all became clear the day devourer came for the zero point.

Singularity’s mech saved us all the day and prevented the collapse of reality her statue ended up being a sword designed to kill this beast and upon besting the devourer mech flew into space never to be seen again.

The Scientist is the Visitor from an alternative dimension, and one of The Seven. He came to the island as part of the plan to contain The Zero Point. The Scientist fixed his base in the grey warehouse of Dusty Depot and started to create Rift Beacons inside of it. These Rift Beacons placed at certain places and transformed into different locations. One of the most important Fortnite Characters of all time.

Midas is based on the Greek myth about a king of the same name, who turned everything he touched into gold. He could have been inspired by Shirley Bassey’s song for 007: Goldfinger, which is about a man described to have the Midas Touch because of his love of gold.

Batman is a double character in Fortnite. Dc’s impact on the Fortnite narrative can’t be ignored. One man, in particular, has made more advances in the story than any other Batman. The problem is there are two of them when the Batman Fortnite zero-point series began, Bruce Wayne was drop-kicked into a rift in Gotham city and ended up on our lovely island he soon completely lost all his memories he quickly realized that you don’t need memories because emotions carry over between loops, so feelings are important.

The world’s greatest detective used etching on his suit to give himself clues at the end of each loop, coordinates, advice & other vital information without his memory Mr. Wayne was able to recruit Cat women to find a way out of the loop and find a way back to Gotham insane abilities.

Then Batman showed that being the final player alive in the final storm circle would result in breaking the loop and thus escaping the storm. After that Batman found a way into the bunkers we’d been staring at for years and from there found the pure portal to send everyone back home. Then Batman teamed up with the foundation to foil lex Luthor’s plan to get onto the island he has impacted the lore of the story like no one else.

But there is another Batman, This one is a blend of the Joker and Brice Wayne known as the Batman who laughs without a doubt this version of Batman is a bad guy and was actually responsible for sending the other Batman onto the island. His ultimate goal was to get there himself and that was achieved one week ago he is like a sleeper agent on the island right now living through countless loops but this guy has some top-quality plot armor you should know about the visor he wears is made from dark matter and this stuff is so mighty the power of the island has no effect on him the Batman who laugh retains all his memories, his power, and his ability to speak.

Batman is currently setting up a future storyline in which the Batman who laughs visits all the other universes through the pure portal and corrupts them all one by one.

Doctor Slone is a character in the Battle Royale story. She is a member of The Imagined Order. Previously, Doctor Slone is known as “Jonesy’s Boss”, which was first heard in the Chapter 2 Season 5 cinematic ordering Agent John Jones on a telephone to stabilize The Zero Point and not let anybody escape The Loop. She warns Jones to not “draw the attention of The Seven“ but before she can finish her warning he is gone. One of the most important Fortnite Characters of all time.

The Foundation is the leader of an organization known as The Seven. They are devoted to supporting the Imagined Order (IO) from abusing the nexus of all Fortnite reality. This time unveiling Dwayne “The Rock” Johnson as the voice behind the masked character, The Foundation. One of the most important Fortnite Characters of all time.

Tony Stark, The Iron Man is a Marvel Series Outfit in Battle Royale that could be obtained as a reward from Level 93 of Chapter 2 Season 4 Battle Pass. The Suit Up Emote is bundled with this Outfit.

His default style wears a silver tight suit fit for nano-tech, and an Arc Reactor to power and store his nano-tech suit inside.

His Suit style (AKA Iron Man) covers Tony Stark with the Model 37 (AKA the Bleeding Edge) from the comics which can be mostly mistaken for the MK LXXXV in Avengers: Endgame.

Agent John Jones, Aka John Jones, Agent Jones or Agent Jonesy, is a character in the Battle Royale story. Little is known about him other than that he is a member of the Imagined Order organization, and has entered The Loop many times, creating many snapshots.

In addition, Agent Jonesy was the one to recruit various bounty hunters to cause chaos during Chapter 2 Season 5. One of the most important Fortnite Characters of all time.

An extraterrestrial being, The Visitor originally came out of a strange space pod that appeared in Dusty Divot at the start of Season 4. After escaping, he started to assemble hop rocks from over the island and used them to improve the movie prop rocket at the Villain Lair and venture to use the rocket to travel through time, likely exiting through one of the Rifts during the Season X event.