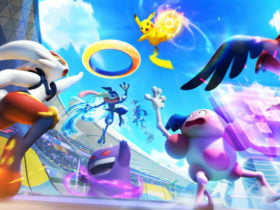 Are you looking for visual novels? We have come up with the list of Best Visual Novels. A visual novel is different from a printed novel. It is a video game genre that has a text-based story depicted by anime visuals.

Visual novels are not appropriate for kids, they are only for adults. It allows users to read a novel in a visual format with an interactive environment, anime and attractive backgrounds. Visual novel captivates the user with the gameplay too. Some visual novels have little or no gameplay.

It was praised by critics as well. The end depends on the player’s actions.

Stein’s; Gate is a sci-fi visual novel. It is a combination of various genres like thriller, comedy, drama and science fiction. It depicts the story of students who invented the machine that allows sending messages across time.

The novel has a riveting storyline and nice visuals that will keep you hooked. Its end depends on the player’s choice of actions.

Clannad is a visual drama romance novel developed by Key in 2004. The player plays the role of Tomoya Okazaki. It is the story of school life with fascinating visuals and characters.

The novel game has different endings according to the player’s choice. It is one of the best visual novels.

Dangonronpa Trigger Happy Havoc is a visual novel. It is the first part of the series Dangonronpa developed by Spike. A teddy robot Monokuma force the school students to kill each other.

Students roam in the playgrounds and converse with schoolmates. It is an enthralling novel with exciting characterization and gameplay.

The Fruit of Grisaia is a romance visual novel. Front Wing is the developer of the novel. The player has to play the role of Yuji Kazami. It has different multiple ends as per player choice.

An anime TV series was released inspired by this novel as the same name. It has won the Grand prize, Golden prizes in for theme song, user’s choice and backgrounds.

ALSO READ- 12 Best Anime For Beginners All The Time

Chunsoft developed the adventure visual novel “Zero Escape: Virtue’s Last Reward”. The story focuses on the player role Sigma. He along with other persons captured to play a do-or-die game.

It has two modes i.e. Novel and Escape. It is an interesting novel with amazing gameplay. You must watch it.

VA-11 Hall-A is an action simulation visual novel that narrates the story of the bartender. It is one of the best visual novels. It was first released for Microsoft Windows, Linux and OS X.

The House In Fata Morgana is a visual novel game. The story revolves around a forgetful spirit who comes to the cursed mansion. The spirit don’t remember past events.

It is one of the most liked stories with little gameplay. The enthralling novel is praised a lot by critics.

Umineko: When They Cry is a Japanese visual novel. The story is about a murder mystery. A group of people comes to an island and here begins the suspicious killing of the individuals.

It is one of the best visual novels. An anime TV series based on this novel was released in 2009 in Japan.

The Silver Case is an adventure visual novel game. It narrates the story of two detectives solving a murder mystery.

The players assume the role of detective in the transmitter mode but in the Placebo mode, play the role of a journalist. The novel has an interesting storyline, nice visuals and characterization.

Little Busters is a romantic visual novel. It is the story of high school students. The player plays the role of Riki Naoe.

The novel has multiple endings as per the player’s choice of action. The anime adaptation of this novel was released in Oct 2012.

Enix developed and published the adventure novel Portopia Serial Murder Case. It is one of the best visual novels. The player has to solve to collect clues, solve puzzles and solve the murder mystery.

Portopia is one of the most influential novel games. Its thrilling plot will keep you hooked till the end.