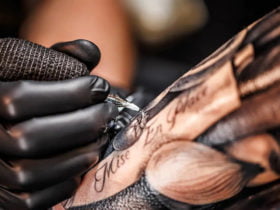 Originally known as “Decoration Day”. It is a celebration day to shower honor and respect men and women who died serving in the U.S military. So, for all the military personnel fans here are some memorial day songs that will help you understand the hardships they go through.

Memorial Day was celebrated every year on 31st May. The Civil war took a huge toll on the country and took more lives than any crisis that happened in U.S’s history.

The civil war ended in the year 1865, but the stains remained. So, the townsfolk and people from the various cities started showing their respect to the fallen heroes who decorated a beautiful path for the people in the country.

As the U.S is one of the most powerful countries in the world, they almost took part in all the wars. Whether it was World War 2, The Vietnam War, etc. they had to lose many soldiers altogether. Memorial Day is the last Monday in the month of May which helped in creating a three-day weekend for all the federal employees in the country.

On this auspicious day, people around the county visits various graves. As it contains the veterans who gave their lives to protect their country and the people in it. So, today I am here with a list of the best 20 memorial day songs which will make you more patriotic, kind, and humble.

So, this is the list of the top 20 best memorial songs which will definitely boost your patriotism towards your country.