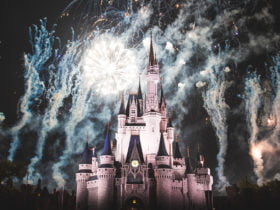 Don’t you feel it’s been a long since music videos have killed the radio star? Today I will spot some light on the best music videos of all time.

We all know that how music- videos form is still an ongoing trend on YouTube and Tik Tok worldwide.

People love to go head over heels, for creating a video which is the exact form of spice needed for a piece of beautiful music to go with the video.

The concept behind putting this much effort into video making is that every creator looks for his video to trend over the platform for a longer period.

Furthermore, The length of this video is 13 minutes, 43seconds.

This video of Jackson’s played regularly on MTV just after the video was launched.

However, Thriller resulted in being one of the best-selling albums in history.

This video has sold over a million of its copies to VHS.

As a result, this video became the most popular & Best Music Videos Of All Time.

This video was from the third studio album named, Ok Computer. The video was directed by Jonathan Glazer.

Furthermore, This video dedicated to those people who have to work for a large company. This song depicts how it is against the company’s stubborn bosses.

However, this video filmed on a desolate road in Cambridgeshire, England.

Furthermore, even after years since this video released, it still makes the viewers feel that the video is up to date.

Moreover, Everything was just next to amazing in the video especially the execution, choreography, quirkiness and of course the actors.

Hence, resulted in being the most popular & Best Music Videos Of All Time.

It is a video produced by an American hard rock band. It is the oldest video ever which has created billions of views on the YouTube platform.

Furthermore, the song reached number two on the Portuguese singles chart and number four on the UK singles chart. Amazing, isn’t it? However, it’s the power of video that exceeds nine minutes in length. Guns N’ roses remain as an enormous draw in central South America, indeed “ November rain”

This video indeed very thought-provoking for any of the viewers.

This song’s lyrics were written by Madonna herself. She wrote this song when she realised, “ what it is that I want to say to the world”, after pondering upon this thought she came up with the title “ like a player”.

This song is about a passionate young girl who is in love with a god.

However, The video filmed at Raleigh Studios in Hollywood, California. However, the video shot over 4 days. Moreover, just after the release of this stunning video, it became a part of a lot of controversies.

Later resulted in being the most popular & Best Music Videos Of All Time.

This song was written by: Bjork and Staple, and it was directed by: Hooper.

Furthermore, The song released as her fourth single from her debut album, Debut (1993). However, just after the release of the music video, it brought a lot of popularity for Bjork.

Moreover, the director shot this video in a black and white format which was a very intriguing idea indeed. The video used various film effects, for example, slow motion and fast motion, this worked as ice on the cake.

Therefore, this video helped Bjork to get known in North America all this resulted in bringing a lot of promotion for the music video. As a result, Bjork got to do a lot of TV appearances. Hence resulted in being the most popular video of all time.

This song was released by a band named “nine-inch nails”, it’s an American industrial rock band.

Furthermore, This video proven as the masterpiece of the band to date. Also, it brought massive success and popularity for the band.

However, The reason behind why this video went popular and is still very popular is that the video has touched every important and emotional aspect of life. The emotional aspect includes Religion, Sexuality, Animal Cruelty, Politics and Terror.

This resulted in connecting with the general like a cakewalk. And resulted in being the best music video of all time.

The song is produced by an American based rock band named white stripes. This song released as the third single from their fourth studio album named, elephant (2003).

Furthermore, the video of this song was based on pixilation animation. Albeit more than half of the part of this video was shot around the riverside drive and the Columbia University.

However, the rest of the video was filmed at 33rd street path station.

This video has already been viewed 1 billion times (or more)  on YouTube. It’s a song by an American rock band named Nirvana. It’s the first song from their album named “never mind” 1991.

However, This music video was a massive hit which was unexpected for Nirvana.

It’s a song by an American rapper named Kendrick Lamar.

This song video was nominated for eight categories at the 2017 MTV video music awards.

However, this video has already won six, “video of the year” awards.

Furthermore, the best part about this video is it has received four nominations at the 60th annual Grammy awards.

The eye captivating part of this video is that Missy wears a trash bag looking leather blow-up suit.

However, this video was nominated for best Rap video at the 1997 MTV video music awards.