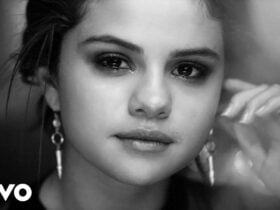 Listen To 15 Best Songs Of Selena Gomez On Her Birthday

Hello folks, are you looking for the best song about rain? so you are at the right place. In this rainy article, I am going to present to you the best songs about the rain that will define your rain obsession.

Rainy weather is the most lovable and marvelous weather which everyone loves. You should listen to rain songs while traveling in the rain. In this article, when you scroll up the page you will see amazing famous songs about rain.

Listen To The Best Songs About Rain Here:

“The Rain Song” is a ballad seven minutes song. Originally, Guitarist Jimmy Page created the melody of the track at his home in Plumpton, England. Released in March 1973 as the second track on their fifth album, Houses of the Holy.

The track dropped on 30 May 1966 as the B-side of their “Paperback Writer” single. He explained its purpose as “about people moaning about the weather all the time”.

American musician Prince and his backing band the Revolution released the track, “Purple Rain.” It marked the title track from the 1984 album of the same name. The song is a power ballad that combines rock, R&B, gospel, and orchestral music. Also, Prince performed the song as the opening of a medley of his hits with Beyoncé at the 2004 Grammy Awards.

American country music artist, Gary Allan released the track, “Songs About Rain” in Nov 2003. It was written by Pat McLaughlin and Liz Rose & marks the second single from Allan’s 2003 album See If I Care.

5 – ‘I Wish It Would Rain’ By The Temptations

The track, “I Wish It Would Rain” is a 1967 song recorded by The Temptations for the Motown label and produced by Norman Whitfield.

The British duo, Eurythmics released the track, “Here Comes The Rain Again” on 12 January 1984, written by group members Annie Lennox and David A. Stewart and produced by Stewart. The track is the introduction track from their third studio album Touch. It became the duo’s second Top 10 U.S. hit, peaking at number 4 on the Billboard Hot 100.

8 – ‘Have You Ever Seen The Rain?’ By Creedence Clearwater Revival

The roots rock group Creedence Clearwater Revival released this track “Have You Ever Seen the Rain?” in 1971 as a single from the album Pendulum (1970), written by John Fogerty. It was the group’s eighth gold-selling single.

10 – ‘Rainy Days and Mondays’ By Carpenters

The Carpenters dropped the track, “Rainy Days and Mondays” in 1971. The track was certified Gold by the RIAA. It marks the first track on the album Carpenters, popularly known as the Tan Album.

Written by the band’s lead vocalist Axl Rose, & released as a single in 1992 from their third studio album, Use Your Illusion I (1991). Currently, the song is the fourth-longest song to enter the Hot 100 chart.

Buddy Holly released the track, “Raining in My Heart” on October 21, 1958. written by the songwriting team of Felice Bryant and Boudleaux Bryant.

READ MORE – 12 Best Ballet Music You Must Listen To

The Cascades recorded the track “Rhythm of the Rain” in November 1962. written by Cascades band member John Claude Gummoe. Billboard ranked the record as the number 4 song of 1963.

16 – ‘Blue Eyes Crying In The Rain’ By Willie Nelson

“Blue Eyes Crying in the Rain” is a song written by songwriter Fred Rose. The song has been shrouded by many musicians, including Hank Williams Sr., Johnny Russell, and Charley Pride.

In January 2010, the track was released as the second track from his 2009 album Doin’ My Thing. The song evolved Bryan’s first number one hit on the US Billboard Hot Country Songs chart.

The German dance-pop group, Milli Vanilli performed the track, “Blame It on the Rain,” written by Diane Warren, released as a new track from the group’s North American debut album, Girl You Know It’s True (1989).

The song follows Taylor’s reaction to the suicide of Suzanne Schnerr, a childhood friend, and his experiences with drug addiction and fame.

“A Hard Rain’s a-Gonna Fall” is a track written by Bob Dylan in the summer of 1962. Its lyrical structure is modeled after the question-and-answer form of definitive ballads such as “Lord Randall”.

American country music artist, Eddie Rabbitt recorded the track, “I Love a Rainy Night,” in November 1980 as the second single from his album Horizon. written by Rabbitt, Even Stevens, and David Malloy.

The song’s lyrics concern a man encountering his lover regarding her infidelity. At the end of the track is a long recitation which was written by Vincent Bell.

American band, Selena Gomez & the Scene released the track, “A Year Without Rain” on September 7, 2010, written by Lindy Robbins and Toby Gad. The song is certified as Double Platinum in the US. The song’s accompanying music video, was directed by Chris Dooley.

American country music singer, Ronnie Milsap recorded the track, “Smoky Mountain Rain” in September 1980 as the first and only single from his Greatest Hits compilation album, written by Kye Fleming and Dennis Morgan. The single became one of his best-known songs.

English singer-songwriter, Adele dropped this track, “Set Fire to the Rain” from the second studio album, 21 (2011). It became Adele’s third consecutive US number-one single from 21 and reached the top ten in most other foreign markets.