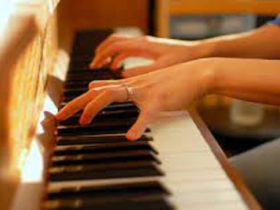 Here we go guys, In this article, we are about to discuss the best Taylor Swift songs of all time. Taylor Swift is a popular American singer & songwriter. She has been releasing the songs for a long time and all the songs are great. She explored extra with pop, rock, and electronic genres on her fourth studio album, Red (2012).

She also featured on Rolling Stone’s 100 Greatest Songwriters of All Time in 2015 for her songs, placed eighth on Billboard’s Greatest of All-Time Artists list in 2019, and appeared multiple times on power rankings such as the Time 100 and the Forbes Celebrity 100.

The success of the songs, “Love Story” and “You Belong with Me” on both country and pop radio placed Swift as a first crossover musician. You’ll see these songs in our best songs list.

9 – Taylor Swift – I Knew You Were Trouble

12 – Everything Has Changed Ft. Ed Sheeran