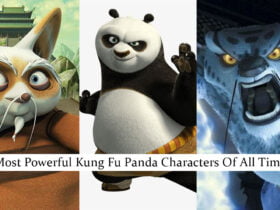 In this article, we are presenting you the Best Women Empowerment Series you must watch. Does the term women empowerment make you feel confident enough about yourself? Who doesn’t enjoy watching Netflix these days? Well, everybody does & they all are looking for something intriguing to watch.

Thanks to the wonders of Netflix, it’s been absolutely simple to jump into a series with a strong woman lead. All you need to do is pour yourself a glass of fruit wine, and start popping the popcorn. The topic of women empowerment has always been in talk And this is why the fictional women are going to surprise you. I believe that we all should invest our precious time in something from which we can learn and evolve in our lives.

READ MORE – 10 Best Web Series On Zee5 You Must Watch

“Indeed, we all believe that-each and every Female is way more empowered today” and to glorify the above quote & this statement why not to have a look at some famous Netflix top rated women empowerment to stream

Well, it’s based on the founder of the online merchant Awful girl. The girl boss depicts the story of Sophia Amoruso, who is 20 years old. The story revolves around how she passionately follows her dream of becoming a fashion designer. Without worrying about all the challenges which came her way, she stands bold and faces them. How exciting and problematic it can be Dating in your 20s, and everything that comes with growing up, this one-season show is a quick watch for anyone. And this is mainly for the people who are looking to add little meaningful humour to their day.

The series, ‘The Bold Type’ comprises 4 seasons. It’s more of a form of fiction. Under this series, certain things are not realistic. nevertheless, surely it will make you feel confident about your own identity.

This is about three leading women namely Sutton, Jane, and kat. At a women’s magazine in New York, these three millennials juggle their careers, romance, friendships and big city life with finding their voices. These three are bold and confident enough to aspire to their goals in life. even though it could be challenging enough to give up.

They have a clear understanding of what they want and so they chase after it. This will provide you with the confidence, courage and a lot more to make decisions of your life on your own. One of the best Women Empowerment Series ever.

It is based on historical events. The series depicts the story of Queen Elizabeth ll and the political and personal events that shaped her reign. This is a highly recommended series to watch.

This comprises 4 seasons, the 5th is yet to come in 2022. If you have an interest in knowing how a woman can make her career out of politics, being courageous at the same time then stream it. This series will give you a brief idea about how from romances to rivalries being queen is not as fascinating as it looks.

If you are among the fans of science fiction series, then it’s an intriguing series to watch. This comprises 7 seasons. It is about after the civilization on Earth is completely destroyed, 100 space station residents are sent to the planet to find out whether it’s habitable. The group was held together by Clarke Griffin, who was a savage girl. A girl who is just trying to figure out things for herself and for all of humanity. It’s inspiring to watch this passionate girl. One of the best Women Empowerment Series ever.

This comprises 7 seasons. This series glorifies the mother-daughter bond. The single mother raises her daughter in such a way to become a paragon of how a single mother can be the best mother for her children. This series is a great example for all the mothers and daughters out there to learn how their relationship should be with each other.

If you love to laugh, the Derry girls are here to stream. This series comprises 2 seasons. The season is completely made up with full of adventure. Those adventures were wild enough to get the attention of the audience. You are definitely going to laugh like hell after streaming this series. Amidst the political conflict of Northern Ireland in the 1990s, five high school students square off with the universal challenges of being a teenager.

This series comprises 4 parts. In this, the leading actress Sabrina Spellman must live her life as half-human and half-witch.

Interesting right! In this, she has to save her family’s life from the evils. This girl redefines that she can use her powers for good things.

The actress in this series describes that being a teenager it is harder to face challenges. Sabrina will be seen hustling between two worlds: mortal teen life & her family legacy, the church of Night. One of the best Women Empowerment Series ever.

Have you ever imagined what would happen if you were accidentally sent to the “ good place” after you die? Well, there is this series which will give you an idea about it. It’s a comedy series comprising 4 seasons. In this series, Due to an error-prone, self-absorbed Eleanor Shellstrop arrives at a good place after her death. she turns out to be determined to stay there.

She starts to become a better person afterlife. It’s a fiction series, full of emotions and sentiments you can easily resonate with.

9. Orange Is The New Black

It’s an amazing series comprising 7 seasons to stream. The women of orange are the new black are a diverse bunch. This show is devoted enough to depict all the emotions, no matter how heartbreaking or surprising they can be.

The girl in this series gets punished for her past deeds. After this, the girl who was a privileged New Yorker ends up in a women’s prison. The place where she quickly makes friends and foes. One of the best Women Empowerment Series ever.

This comprises one- season and this season is definitely designed to stream. In this series, a young woman is accused of lying about rape, which is horrific to even imagine.