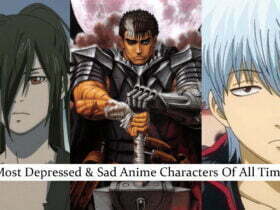 15 Most Depressed & Sad Anime Characters Of All Time

Are you looking for unbeatable French musicians & singers? Your search ends here. As we have compiled a list of Best French Musician. France is rich in terms of musicians. From Jacques Brel to Edith Piaf, there have been exceptional musicians.

French music and culture have ruled millions of hearts around the world. In fact, It has produced numerous music artists that get fame worldwide. We have picked some stupendous musicians. Check out the list given below:

Maitre Gims is one of the best french rappers and singers. He is a former member of Sexion d’Assaut. In fact, his real name is Gandhi Bilel Djuna. His first album “Subliminal” was released in 2013. Gims has collaborated with various musicians namely Maluma, Lil Wayne, Sia, Sting, and many others.

Julien Dore is a french musician, songwriter, singers, and actor. He is the winner of Nouvelle Star’s fifth season. Afterward, he got famous. His first released single was Moi…Lolita was highly praised. Interestingly, His record “Love” gets platinum status two times.

Jacques Romain Georges Brel was born in 1929. He was one of the best songwriters, directors, singers, and actors as well. He was one of the most renowned musicians. In fact, Brel gets fame through his songs My Death, Ne me quitte pas, Quand on n’a que l’amour etc. He died in the year 1978 at the age of 49.

Vanessa Chantal Paradis is a famous singer, actress, and model. At the age of 14, She gets immense success for her song Joe Le Taxi across 15 countries. Not only this, Vanessa acted in several movies like Cafe de Flore, Yoga Hosers, Un amour de sorcière, etc.

Zaz is one of the famous French musician and singers. You know what, her real name is Isabelle Geffroy. She has worked with various artists namely Jean-Pierre Mader, Art Mengo, Serge Guerao. Zaz is famous for single Je Veux. Her second album Recto Verso gets double diamond status in France and gets gold and platinum in other countries.

Manu Chao is a French-Spanish musician. He founded the band Mano Negra. He is multi-lingual i.e. he can sing in different languages. French, Spanish, Arabic, English, Galician and others. Manu is well known for using different styles of music and mixing them.

8- Christine and the Queens:

Héloïse Letissier is the French songwriter and singer. She is famous by her stage name Christine and the Queens. Her first album Chaleur Humaine was highly praised. Moreover, the second album Chris ranked as album of the year. She says her music style is freak pop.

Noir Desir was a French rockband. Noir released the first album Veuillez Rendre l’Âme. It gets certified gold and became one of the best French albums. In the year 2020 Noir Desir released the Acoustic/Live album Debranche which have 11 songs with live recordings.

Said M’Roumbaba is a french musician and songwriter. He was a part of band Psy 4 de la Rime. Afterwards, he parted ways and start his own work. His first solo debut Puisqu’il Faut Vivre gets highly popular. It ranked 2 nd position in French albums and placed in Billboard’s European Top 100 list.

Stromae or Paul Van Haver is a rapper, singer, songwriter and musician. He got famous with the song “Alore on Danse” from Cheese. Along with J.E.D.I., he created a rap group Suspicion at the age of 18. In fact, his song Papaoutai from the album “Racine carree” was a superhit.

Johnny Hallyday is the stage name of Jean-Philippe Léo Smet. He was an actor, singer. He was one of the best selling artists in the world. Indeed, Johnny had 40 golden albums, 22 platinum albums and 5 diamond albums. He gets popular for singing rock n roll in French. He died due to cancer in 2017.

Serge Gainsbourg was born in 1928. He was a French musician, author, songwriter, singer, filmmaker, and actor. He is considered to be one of the most influential musicians in the world. Bonnie and Clyde, Je t’aime.. moi nonplus were highly praised in US and UK.