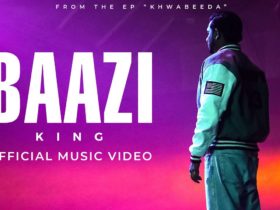 Hey folks, this article is about the best 90s Rappers of all time. Do you know about the great qualities that 90s rappers possessed? Well, let me put some light on this.

They had the skill to sound comfortable over a variety of sounds and production styles.

However, the fluency, clarity of their voices was indeed bound to draw applause. They had this amazing trait of always coming up with meaningful lyrics which turned them into great rappers.

Furthermore, I think we all can agree on some point that a great rapper is someone who touch-sensitive topics, can sound fearless and confident whilst delivering his words.

Therefore, all these characteristics were present in 90s rappers, which is why they are still irreplaceable. The originality of their personalities which they had served to their listeners is unforgettable even today.

No matter how much we try to define his legacy through words, it’s always next to impossible for us to go in such depth. However, Notorious was an amazing rapper. It’s sad that he is not alive today, nevertheless his words are remarkable.

Furthermore, Biggie was the most phenomenal lyricist ever. His talent was indeed pure, real and raw. All we can combine is that he was a god’s gift. In order to recall you, Rolling Stone has called him the Best rapper ever lived. Not just it, even Billboard has called him the best rapper of all time.

Moreover, he has greatly influenced Hip-Hop. We can see many Hip-Hop artists today who are greatly inspired by Biggie and they try to copy his style. Literally, he was one of the great 90s rappers.

His actual name is Tupac Shakur, 2Pac is his stage name. This guy is globally known to be as the best iconic and influential 90s rappers of all time.

However, the things which he brought to the hip hop world with a salt of his poetic drive in his words was something intrigue.

Furthermore, the reason behind why he was this famous include, he was an amazing storyteller, which means he was very playful with his way of delivering words. All this combined to connect with the huge audience was like a cakewalk for him.

Moreover, his words and his voice used to be damn powerful and meaningful. He was able to produce different sounds with different parts of his body. For instance sounds like, head voice, chest voice etc, was like cherry on cake for him, as he was very good at this. One of the most popular 90s Rappers Ever.

This 90s rapper artist has some serious skills for which he is known worldwide. Skills include, being the greatest Lyricist, brilliant storyteller, king of street Anthems, style icon and a lot more.

However, he is the one who knows better than how one can command respect. You will be amazed to know that he has even called out Def Jam for Pete’s sake.

Later, he made a Reggae Album with Marley. Although, he outlasted his peers. Amazing isn’t it?

Most important of all, he influenced a whole generation of MCs. It would be no mistake to say that he is blessed with extreme talent.

He has always been considered the greatest of all time. His real name is Bradley Terrance Jordan. He is the record producer, however globally known for being a member of Geto boys. Geto Boys are a Hip Hop group from Texas.

Furthermore, his solo album, “Mr. Scarface is Back” was record-breaking and that helped him to stay in the limelight for longer than expected.

Moreover, his popularity peaked with the albums The Diary and The Last of a Dying Breed. One of the most popular 90s Rappers Ever.

The real name of this rapper is Shawn Corey Carter. Along with being a rapper, he is also a songwriter, record executive, entrepreneur and media proprietor.

Furthermore, he is also the CEO of Def Jam Recordings.

Jay-Z has given his solo albums namely, Reasonable Doubt, In my Lifetime, vol.1, vol.2….hard rock life, Vol.3…Life and Times of S. Carter.

However, the work that this rapper has put forward during the 90s is commendable. Jay’s first album is a stple in the “mafioso rap” subgenre.

To begin with, Andre Lauren Benjamin, it’s the real name of Andre 3000.

Apart from being a rapper, he is also a songwriter, record producer, actor and singer.

Furthermore, he has acted in several films namely, families, the shield, be cool, high life, etc. he has some serious skills for instance, for instance, speed flow, content, creativity, and how can we forget about his storytelling abilities. He has a scintillating personality. undoubtedly he has that pretty amazing Rap IQ, which indeed is a rarity.

Moreover, his best hits include,

O’Shea Jackson Sr. Is the real name of Ice Cube. Along with being an American rapper, he is also a filmmaker.

However, he has given several successful albums named, Amerikkka’s most wanted, death certificate, and the predator.

Furthermore, he was a member of a group named N.W.A. One of the most popular 90s Rappers Ever.

This man has not only survived his era, but he also has shaped it. Why do we say that? Because he is someone who is bestowed with immense talent from God.

However, this wonderful man has crafted a dominant sound. He was the Epitome of West Coast Hip – Hop culture.

She is an iconic rapper, known for phenomenal performances on stage. As we know, it’s never been easy for a female to become a successful rapper, especially during the 90s. She was one of the members of Fugees.

Nevertheless, Lauryn is the one who has been known for breaking all the stereotypes for female rappers.

Furthermore, she tried her best to come up with melodic rapping and for bringing hip hop and neo-soul to the world of music.

Lauryn made her solo Album in 1998 named, Miseducation of Lauryn Hill, and guess what? This album became one of the best-selling albums of all time.

Her famous hits include,

Reginald Noble is the real name of Redman. There is the reason why he is one of the best 90s Rappers. Apart from being a rapper he is a DJ, record producer, and also a talented actor. He was one of the members of the def squad.

However, he was given the title of “Rap Artist of the year” by The Source. Redman once appeared in A Tribe Called Quest’s “Scenario” music video.

Furthermore, His album named “Dare Is a Darkside ” became really successful, and helped him to get more recognition for his work overnight. This album even debuted at 13 on the US billboard 200.