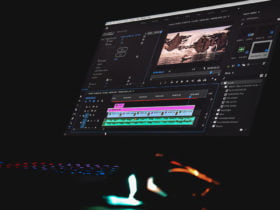 In fact, Yahiko is the founder of the organization. But after his death, It aimed against Naruto and his friends. All of the members target the Naruto Heroes. There have been various antagonists in the series. Still, Akatsuki is one of the strongest teams. Let’s consider some of the most powerful members.

12 Most Powerful Akatsuki Members Of All Time

Obito Uchiha is one of the strongest Akatsuki members. He has the Rinnegan, Sharingan, and power of ten tails. Everyone thinks he has died before, but he secretly helps Kakashi many times. In fact, Obito can send his body to the Kamui dimension.

Kakuzu has many organs that make him immortal. He steals hearts from the victims to be alive. When he gets injured, he replaces the damaged organ with the normal one. Indeed, Kakuzu is one of the most powerful characters in the Naruto series.

Madara Uchiha is surely the strongest ninja in the Naruto manga series. In the Fourth Great Ninja War, he defeated the Five Kage in office. He can use Sharingan and Rinnegan to make Rinne Sharingan. Madara is an egoistic man who enters the battlefield that looks challenging.

ALSO-READ- 15 Most Strongest Naruto Characters Ever

Konan is one of the most powerful members of Akatsuki. She lost her parents in Second Great Ninja War. She is loyal to Nagato and his right hand. In fact, Konan can transform her body to paper using the Paper Person of God technique.

Nagato is the leader of the second order of Akatsuki. He can use the Six Paths and other techniques. Nagato can also control gravity with Chibaku Tensei and Shinra Tensei. He possesses a Rinnegan eye which was planted by Madara earlier.

Sasori was first a puppet master. He has killed the Third Kazekage and made him a puppet. He is a loyal member of Akatsuki. Even, Sasori can also turn himself into a puppet. He creates several spies with his skills for the Akatsuki organization.

Itachi Uchiha is the elder brother Sasuke Uchiha. He killed his whole clan except his brother. Afterward, he joined the criminal clan Akatsuki. He always cares for Sasuke. Itachi is capable of using Susanoo, Tsukuyomi, and Amaterasu.

Hidan is one of the strongest Akatsuki members. He is a sarcastic man who never speaks politely. He becomes a friend of Kakuzu. Further, Both are also known as The Zombie duo. Hidan uses the blood of the victims and kills them. He is immortal.

Juzo Biwa was a part of Seven Swordsmen of the Mist. Later, he joined the Akatsuki team. He teams up with Itachi, they have done several missions together. Indeed, Juzo was highly skilled in ninjutsu. He has a giant sword with which he can easily fight in the battle.

Shin Uchiha is a powerful man with many Sharingan eyes. When his Sharingan awakens, he made his Uchiha clan with his clones. He can use telekinesis on things and then can control them anyway. Shin believes that peace hinders human evolution.

Kaguya created Zetsu in a very short period of time. Zetsu has the ability to steal the chakras from others. He can use elements of ninjutsu and subsume the techniques of the opponent. He is one of the sharpest Akatsuki members.

Orochimaru is considered to be one of the strongest characters in the Naruto anime. He has knowledge of every kind of Jutsu. He does deadly experiments on people. Indeed, Orochimaru wants to be immortal and to learn all techniques of Jutsu.