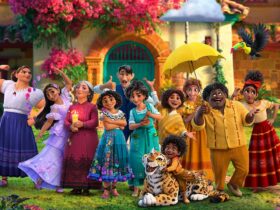 Gospel music can be different according to culture. Actually, it is a type of Christian music. It has become very popular. It sometimes referred to country music. Here we have compiled a list of Gospel singers.

There have been numerous amazing gospel singers like Cobbs Leonard to Aretha Franklin. They have won millions of hearts with their distinctive style of music. Check the list given below:

Mahalia Jackson was born on 26 Oct 1911. She plays a vital role in developing and popularizing gospel blues. Mahalia becomes the first gospel singer to sell one million copies with “Move On Up A Little Higher”. In fact, she is considered to be the 20th century’s most influential vocalist.

Tasha Cobbs Leonard is a songwriter and gospel singer. She began her career with the album Smile. The album was listed on two Billboard charts. She won the Grammy award for Best Gospel Christian Music Performance. Indeed, Her single “Break Every Chain” is one of the most appraised songs.

Cece Winans is one of the best gospel singers. She has won numerous awards for her stellar performance. Grammy awards, Stellar awards, GMA awards and many more. Apart from her solo career, Cece and her brother Bebe form a duo. The duo achieved great success in the music industry.

Reverend Gary Devis was born on 30 April 1896, in Laurens, US. He was blind but it didn’t affect his skills. In fact, he was a gospel and blues singer. Davis was skilled in playing the guitar, banjo, harmonica. He was one of the most influential singers. Death Don’t Have No Mercy and Samson & Delilah were some of his best songs.

Shirley Caeser is known as the “Queen of Gospel Music” and “First Lady Of Gospel Music”. She is a singer and songwriter as well. She started her career at 19, joining the group The Caravans. After eight years, she started her solo career and get successful. She has won several awards be it Stellar, Grammy or GMA.

Andrae Edward Crouch was a songwriter, gospel singer. He wrote his first Gospel song at the age of 14. He is also known as the Father of modern gospel music. Indeed, The Blood Will Never Lose Its Power, Soon and Very Soon songs made him popular. He has worked with renowned artists and groups.

Kirk Franklin is one of the renowned gospel singers. He is also an author, songwriter and dancer. At the age of 11, Kirk becomes the music director of the Baptist Church choir. Kirk formed a choir of seventeen members “The Family.” The debut album Kirk Frankin and The Family was a superhit.

Tamela Mann is a gospel singer and actress. She started her career with the Kirklin and the Family group. Her albums “Best Days”, “One way” and singles “Take Me To The King”, “Change Me” are some of the best pieces of work. She has won the BET Award, Dove Award, and Stellar Awards.

Yolanda Adams is a gospel singer, actress. Initially, she was a teacher in high school. But she leaves that job to make a career in singing. Her first album “Just As I Am” was released in 1987. In fact, She is the winner of various awards like Grammy Awards, Dove Awards, BMI award, BET award, etc.

Travis Montorius Greene is a gospel singer and pastor. He was born on Jan 17, 1984. He started his music career in 2007, with “The More” release. Afterwards, Stretching Out, Stille Here, Prove My Love was ranked in the Billboard Gospel Albums chart. He has won nine Stellar awards and others.

Samuel Cook aka Sam Cooke is one of the best gospel singers. He is also a songwriter and entrepreneur. He is the “King of Soul” for his dedication and contribution to the music industry. Cooke started his career with the group “The Soul Stirrers”. You send Send Me, Cupid, Chain Gain were some of his best superhits.

Tiron Tye Tribbett is a gospel singer and songwriter. He has played the piano for various choirs. Tye along with his friends and siblings formed a group Tye Tribbett and Antoine. The songs ranked on the gospel music charts. His first solo album Fresh ranked on No. 1. He debuted Motown Gospel with Greater Than.

Marvin Sapp is a gospel singer, songwriter. He was born on 28 Jan 1967. He began his career with the popular group Commissioned. Sapp’s solo album Thirsty ranked on Billboard charts. Moreover, His best albums are I Believe, Diary of a Psalmist, Be Exalted, Here I Am, You Shall Love, etc.

Jonathan Caleb McReynolds is a gospel musician. He started his career with the album Life Music. It ranked third on the Billboard charts. Not only this, the Life Music: Stage Two also topped the gospel chart. He has won 8 Stellar Awards and two Dove Awards for his excellent works.

Koryn Hawthrone is one of the most influential gospel singers. She was born on 26 Dec 1997. Koryn was the finalist of season 8 of NBC’s show “The Voice”. She made her debut with the album Unstoppable. It has topped the Billboard Top Gospel Albums Chart.