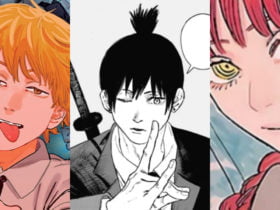 Hey readers, this article is about the best 70s Rock Bands. I guess we all can agree with the fact that the music industry has always been an intriguing topic to talk about.

However, by all means, the 70s was indeed the epic time for rock music. In fact, a number of bands and artists have released their phenomenal set of albums in this decade.

Furthermore, the 70s Bands have evolved, merging a variety of influences into new and exciting sounds. People are really fond of 70s rock bands.

Moreover, we have prepared a list of the best 70s Rock bands which will leave you mesmerized.

With all their hard work they have earned their place as one of the best rock bands in rock history which are bound to draw applause.

So, without any further ado, let’s just begin with the Popular Rock Bands Of The 70s list.

This rock band is extremely popular globally. This was first formed in London in 1968. However, this group was surprisingly very talented. They had the best Vocalist, Guitarist, and Drummer.

Furthermore, their style of performing was driven by a sense of variety that includes Blues, and Folk Music. During the 70s this was the only band that combined the three elements, Acoustic folk, Hippie mysticism, and power cords with immensely high volume and distortion.

This band has given their best in the development of Album-Oriented Rock (AOR) and Stadium Rock.

Moreover, this amazing band was a Top-Ten album in several countries, which is absolutely a big deal for any rock band. Led Zeppelin is one of the best-selling music artists of all time.

The amazing part is people often recognize them as the heaviest band of all time.

Deep purple, this rock band was originally formed in London. They have been active since 1968. Their musical approach has changed with time.

However, they were listed in the 1975 Guinness book of world record as “the globe’s loudest band”.

Furthermore, till yet they have sold 100 Million Albums worldwide. Their group members are extremely talented. This group has influenced several other successful groups namely, Metallica, Queen, Judas Priest, etc.

Moreover, in 2000, Deep Purple was ranked number 22 on VH1’s 100 Greatest Artists of Hard Rock“program. At the 2008 World Music Awards, the band received the Legend Awards. It’s one of the best Rock Bands Of The 70s.

It’s an amazing rock band which was formed in Birmingham. The group involves guitarists, drummers, bassists, and vocalists.

Their specialty was to produce heavy metallic music. Furthermore, The band’s popularity started growing by the year 1973. You will be amazed to know that the respective band has sold over 70 million records worldwide as of 2013, making them one of the most commercially successful heavy metal bands.

Moreover, the success of this band speaks in itself as time magazine called Paranoid “the birthplace of heavy metal” placing it in the Top 100 Albums of All Time.

The band’s best hits include,

This band is interestingly known for their energetic live performances which made them famous globally.

However, this rock band was responsible for several of rock’s extremely daring experiments. They exploded conventional rock and R&B structures with Townshend’s furious guitar chords.

Furthermore, their contributions to rock music also involve The development of Marshall Stack and rock opera. This band is one among the several 70s rock Bands whose songs are still regularly played and liked by the listeners.

This band has won six Grammy Awards and five American Music Awards. Their Greatest hits are the best-selling album in the US.

However, the Eagles are one of the world’s best-selling bands. Although they were ranked number 75 on Rolling Stone’s 2004 list of the 100 greatest artists of all time. They have abundantly received positive reviews from critics. It’s one of the best Rock Bands Of The 70s.

This special band was one of the most versatile rock bands of the 70s. They were more influenced by jazz rather than folk music.

However, during the 70s this band was the perfect mix of Psychedelic, Blues, and Jazz Rock. The person who was responsible for the huge success of this band was its Vocalist (Jim Morrison). No doubt, their drummer and lead guitarist were also amazing.

Furthermore, The Doors was the first American band to accumulate eight consecutive Gold LPs. They were ranked 41st on its list of the 100 Greatest Artists of All Time.

This band first gained recognition for its psychedelic rock sound. Now this band has received an accolade to match the enormity of their sound and performances.

Later, they became famous for their biting political, social and emotional commentary. It’s one of the best Rock Bands Of The 70s.

People still love to dance and get that rocking vibes by listening to this band’s music.

This rocking band was responsible in order to bring all the attention to blending blues and rock into their own signature sound. However, they brought a simpler form of blues to the forefront of pop culture, merging it with rock and roll.

However, The great part about this band is it’s been active for six decades, they are one of the most popular and enduring bands of the rock era.

Furthermore, the band has been viewed as the musical “vanguard of a major transfusion” of various cultural attitudes.

Moreover, this band has sold over 240 million albums worldwide and has held over 48 tours of varying lengths, including three of the highest-grossing tours of all time.

This rock band was formed in Jacksonville, Florida in 1969. However, the band incorporated elements of blues, jazz, and country music and their live shows featured jam band-style improvisation and instrumentals.

However, This band has won several awards including, the Grammy Award for Best Rock Instrumental performances,1996, “Jessica”, Grammy Lifetime Achievement Awards, 2012, Inducted into the Rock and Roll Hall of Fame, 1995.

Furthermore, the Allman brothers band placed more Emphasis on their live performances rather than other bands who focus on releasing more Albums.

Therefore Their best hits include,

10- The Mothers of Invention

This phenomenal band was formed in the year of 1964, and their work was marked by the use of sonic experimentation, innovative album art, and breathtaking live shows.

Furthermore, the members of this group struggled a lot at the beginning nevertheless, after becoming successful they earned substantial popular commercial success.