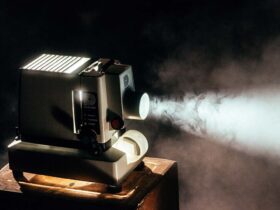 Here we go guys, In this article, I am going to discuss with you some famous strongest & powerful Chainsaw Man Characters of all time.

The series’ story is set in a world where Devils are born from human fears. Devils are usually dangerous and malevolent, their power proportional to the fear they incite.

Denji is the lead character of the Chainsaw Man series. As a young boy, he inherits his father’s obligations from the Yakuza. Denji can convert into a bloodthirsty Chainsaw Devil. Denji has sufficient strength to catch a thrown car out of the air without teetering and throw it back equally as difficult.

Makima is a high-ranked Public Safety Devil Hunter, who took Denji as her human pet. Later, She is revealed to be the Control Devil which represents the fear of control or domination. She serves as the prevailing main enemy of the Public Safety Saga. One of the Powerful Chainsaw Man Characters Of All Time. Her powers are mostly unknown. She has shown an assortment of abilities either intrinsic as a devil, or borrowed from another devil.

The Darkness Devil is a demon that illustrates the initial fear of the dark. The devil can traverse and attack at high speeds. It was able to emerge in the midst of several devil hunters. The Darkness Devil has the power to encompass the surrounding area in darkness.

Aki Hayakawa was a Public Safety Devil Hunter, working under Makima’s unique squad. He had connections with the Curse Devil and Future Devil. Generally, Aki seems to be a very patient person. He acts grown and responsible when he’s with his fellow Devil hunters. One of the Powerful Chainsaw Man Characters Of All Time.

The Gun Devil was a very strong devil who illustrates the fear of guns. The Gun Devil is extremely fast, capable to destroy 1.2 million people in different countries across the world in five minutes by firing bullets from several guns which are parts of his body with great precision and speed.

Power is a Public Safety Devil Hunter who is part of Makima’s special squad. Power swore to be significantly feared to the point where other devils would flee from her smell but this is likely just a boast from Power. She is a quick fighter, able to land an attack on Denji as they turned on each other while evading his own swing.

The Hell Devil is a powerful devil that represents the fear of Hell. Its personality is currently unknown. As the Hell Devil, it can personify itself as a giant hand with six fingers that emerge from a door in the sky that links to one of the many doors in Hell. One of the Powerful Chainsaw Man Characters Of All Time.

Quanxi Aka The First Devil Hunter is a famous devil hunter from China. Quanxi maintains a level of strength having been described by Hirofumi Yoshida as being beyond what is humanly capable. Even in her human form, Quanxi possesses superhuman speed.

Reze aka Lady Reze is a Bomb devil hybrid from the Soviet Union. She is the popular enemy of the titular Bomb Girl arc. One of the Powerful Chainsaw Man Characters Of All Time. She has a great amount of physical power, she could break an assassin’s arm effortlessly and strangle him to death, and with a simple knife, she could cut purely through Denji’s wrist in one swing.

Violence Fiend aka Galgali is a Public Safety Devil Hunter from Tokyo Special Division 4. he is excessively polite and straightforward. He has incredible power for a fiend despite fiends ordinarily being weaker than devils. One of the Powerful Chainsaw Man Characters Of All Time.

Katana Man aka Samurai Sword is a human-devil hybrid who merged with the Katana Devil. His grandfather was the Mob Boss killed by Denji and because of that, he affiliated with the Gun Devil to get revenge on Denji. The Katana man is selfish and cruel. He only cares about killing Denji and forcing him to apologize for killing the Katana Man’s grandfather.

Cosmo is the Cosmos Fiend and was one of Quanxi’s girlfriends. Cosmo doesn’t show many emotions aside from her usual smiling, apparently happy-go-lucky attitude. She can force her target to understand everything in the universe.

Kobeni Higashiyama was a Public Safety Devil Hunter who began as a new draftee working under Makima’s exploratory squad. Kobeni is talented, but she is held back by her timidness. Exceptionally, She is cowardly with few moments of courage. 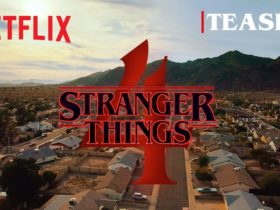 Listen To The Full Soundtrack Of ‘Stranger Things 4’ Here