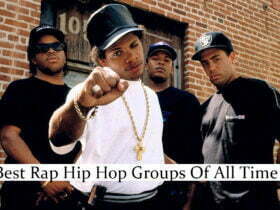 Here we go guys, In this article, I am going to present to you the best famous The Wizard Of Oz Characters of all time. As we all know, The Wizard of Oz is one of the most well-known and beloved fairy tales of all time. It was first published in 1900.

This story revolves around a girl named Dorothy Gale who lives on a farm in Kansas. When a tornado comes to her town and destroys her farm, Dorothy and her dog Toto are swept away to a magical land called Oz.

Dorothy soon meets a scarecrow, a tin man, and a cowardly lion who are all looking for something. They want to find the Wizard of Oz who will grant them what they want most. Together they travel to find the Wizard and along the way they learn that they are not so different at all.

12 Famous The Wizard of Oz Characters Of All Time

Dorothy Gale is the main character in the classic 1939 film adaptation of the novel, The Wizard of Oz. Dorothy is a sweet, good-natured, and kind-hearted 12-year old-girl. In later novels, the Land of Oz steadily becomes more familiar to her than her homeland of Kansas. She is one of the famous The Wizard Of Oz characters of all time.

Wizard of Oz(Full name Oscar Zoroaster Phadrig Isaac Norman Henkle Emmanuel Ambroise Diggs) is a fictional character in the Land of Oz created by American author L. Frank Baum. The Wizard is one of the famous Wizard of Oz characters in the series. For most of the novel, he is the ruler of the Land of Oz and highly venerated by his subjects.

The Tin Woodman aka Tinman is a popular character in The Wonderful Wizard of Oz, published in 1900. He makes his debut appearance in the fifth chapter of the novel named The Rescue of the Tin Woodman. One of the famous The Wizard Of Oz characters of all time. Also, he is the second comrade to join the story’s child protagonist and heroine of the novel named Dorothy Gale.

The Scarecrow is the deuteragonist of The Wonderful Wizard of Oz. He is the first ally to meet Dorothy Gale. Due to his lack of a brain, the Scarecrow seeks a brain from the Wizard. He is an extremely gentle character, his disposition is so kind and considerate, obliging and honest that all who know him love him.

The Cowardly Lion is a famous character in the Wizard of Oz. He is depicted as an African lion, but like all animals in Oz, he can speak. The cowardly lion is in fact brave, but he doubts himself.

6 – The Wicked Witch of The West

The Wicked Witch of the West is the main antagonist of The Wonderful Wizard of Oz. She is a malevolent witch who rules over the Winkie Country, as well as Dorothy’s arch-nemesis.

Toto is the beloved pet dog and loyal companion of Dorothy Gale. Toto was Dorothy’s only friend and sole source of happiness and he would play with Dorothy all day, every day, and keep her company on the lonely, isolated farmland.

Glinda is one of the popular Wizard Of Oz characters created by L. Frank Baum. She is the gorgeous and indie Good Witch of the South, as well as the official Ruler of Quadling Country. He is the most educated and respected sorceress in the entire Land of Oz.

Aunt Em is the minor character of the 1939 film The Wizard of Oz. Em is the aunt of Dorothy Gale and the wife of Uncle Henry. She is portrayed by the late Clara Blandick. She is kind, caring, busy, and stern.

Professor Marvel is one of the famous characters from the 1939 film The Wizard of Oz.

Henry Gale is a popular character from The Oz Books created by L. Frank Baum. He is the uncle of Dorothy Gale and husband of Aunt Em and lived with them on a farm in Kansas.

Miss Almira Gulch is a wealthy landowner who is a neighbor of Aunt Em, Uncle Henry, and Dorothy Gale. Using her status and power, she threatens to have Toto put to sleep for biting her.