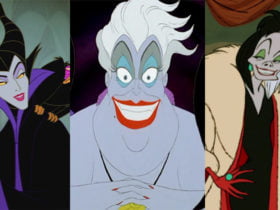 In this article, we will be looking for the best Tim Burton Characters of all time. As we all know, Timothy Walter Burton is an American film director, artist, and former animator.

Tim Burton Characters, such as Edward Scissorhands, The Corpse Bride, and Sweeney Todd, are just a few of the movies that came out under Tim Burton’s direction. His films are often both terrifying and hypnotizing at the same time. So when you scroll up the page you will see the best character of Tim Burton.

Jack Skellington is one of the most popular characters by Tim Burton from the 1993 film The Nightmare Before Christmas. He is a skeletal zombie who is the Pumpkin King of Halloween Town, a fantasy world based exclusively on the Halloween holiday.

Victor Van Dort is the major character of Tim Burton’s Corpse Bride. He is the nervous, anxious, and somewhat clumsy fiance of Victoria Everglot, and the unexpected husband of Emily, the “Corpse Bride”.

The Joker is a supervillain in American comic books published by DC Comics. Jack Napier Aka Joker is a famous character in the 1989 film Batman, directed by Tim Burton. One of the best Tim Burton Characters ever.

The Penguin (real name Oswald Chesterfield Cobblepot) is a supervillain in comic books by DC Comics. The Penguin is one of Batman’s most persistent enemies and belongs to the collective of opponents that make up Batman’s rogues gallery.

Betelgeuse aka Beetlejuice is a magician and naughty ghost created by Tim Burton. Betelgeuse is a very rough, crude, and womanizing spirit. His main purpose in the movie is to lift his curse and flee no matter who gets hurt in the process. One of the best Tim Burton Characters ever.

Edward is the most popular artificial and ageless man who acts as the main character in Edward Scissorhands by Tim Burton. Despite his artificial core, his feelings are quite real and the love he has for those he cares for is very strong.

Sweeney Todd: The Demon Barber of Fleet Street is a 2007 film directed by Tim Burton. Sweeney Todd’s real name is actually Benjamin Barker, a barber who accused of a crime he didn’t commit. He was sentenced to life in a prison in Australia but managed to escape after 15 years.

Emily is the titular of Corpse Bride. She’s a reanimated corpse who was a skillful and rich lady in her lifetime, as well as the self-proclaimed bride of the young Victor Van Dort after their encounter in the woods. One of the best Tim Burton Characters ever.

Sparky is Victor Frankenstein’s pet bull terrier who dies after being hit by a car and is resurrect by Victor via science. One of the best Tim Burton Characters ever.

Lydia Deetz is the daughter of Charles Deetz and the step-daughter of Delia Deetz. She is a serious but kind girl who is sensitive further her Goth dress and feels sheltered in the world. Lydia adores penning poetry & taking pictures.

Sally is the humanoid ragdoll created by Dr. Finkelstein, made out of miscellaneous pieces stitched together, with dead leaves used as filling. She is the love interest of Jack Skellington. One of the best Tim Burton Characters ever.

Batman is a superhero in comic books by DC Comics. He is the most famous character in the self-titled movie, “Batman” directed by Tim Burton. In the DC Universe continuity, Batman is the pseudonym of Bruce Wayne, a wealthy American playboy, philanthropist, and tycoon who resides in Gotham City.

Weird Girl is a popular supporting character in Tim Burton’s 2012 film Frankenweenie. She is one of Victor Frankenstein’s classmates and is well known for her eerie gaze, and strange personality. One of the best Tim Burton Characters ever.

Catwoman, the hottest character in American comic books published by DC Comics. She is one of the Dark Knight’s most regular enemies and belongs to the collective of opponents that make up his rogues’ gallery.