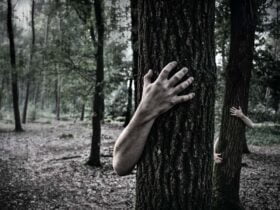 15 Scary Ghost Stories You Must Watch

Here we go guys, In this article, we are going to present you the best popular cartoon network villains of all time. The villain’s list includes Mojo Jojo, Black Hat, HIM, Aku, Ice King, Grim, and many more. They all are the unforgettable villain’s characters in the cartoon network family.

So when you scroll up the page you will see the funny, selfish, evil, arrogant villains. So what are you waiting for? let’s start scrolling.

Black Hat is the boss and architect of the Black Hat Organization. He is incredibly manipulative and sarcastic and enjoys causing pain to others. He also seems to be very spiteful, lashing out at anyone who defies him. One of the best Cartoon Network Villains ever.

Aku is one of the most successful cartoon villains of Samurai Jack, as he managed to rule the world, and has been unbeatable for years. He is a vicious, dark-souled demon who is an exceptionally qualified archenemy to Samurai Jack.

Ben considers him as one of the most dangerous villains he has faced. Vilgax is an intergalactic alien warlord & the most recurring villain in the Ben10 cartoon network series. One of the best Cartoon Network Villains ever.

In The Powerpuff Girls series, he is said to be “so sinister, so evil, so scary, so horribly vile that his real name can never be said.”

The Grim Reaper is the major villain of the show. He is a snarky undead skeleton personification of Death. Grim has often stuck with cleaning up the outcomes of accidents that are in no little part due to Billy’s vacuity and lack of common sense.

Simon Petrikov Aka the Ice King is a major villain character in the animated TV series Adventure Time. An evil wizard capable of completing and manipulating snow and ice, he is the self-proclaimed king of the Ice Kingdom, a motherland of ice he swore as his own, where he lives in the company of many penguins.

Katz is a lanky red cat with purple highlights and is known for his cruel and evil antics. Like most cats, he has a strong distaste for dogs, however, he devotes a special contempt for Courage. One of the best Cartoon Network Villains ever.

Demencia is the deuteragonist villain of the Cartoon Network series Villainous. She has the power to climb walls in a similar manner to a lizard. Demencia’s shown to be a very energetic, willful, mischievous, flirtatious, moody, and absentminded girl.

The Lich Aka the Lich King is the major evil enemy of the Cartoon Network series Adventure Time. He has a mixture of unholy strengths, including flames. The Lich is thoroughly apathetic in fame, power, wealth, or authority over others. One of the best Cartoon Network Villains ever.

Vincent Vladislav Argost Aka Argost is the major enemy in The Secret Saturdays series. He is the Saturdays’ worst and most dangerous enemy throughout the series, outmaneuvering them on several events and compelling them a sizeable amount of harm.

Van Kleiss was the leader of the Pack and Abysus & was a popular cartoon network villain. He has formed a dangerous group of EVOs called the Pack. He wants to take over the world and start a new era for EVO-kind. One of the best Cartoon Network Villains ever.