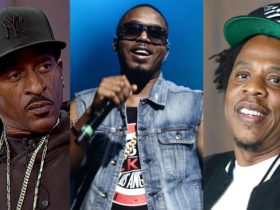 15 Best Rappers Of All Time

Do you know why these Scooby doo characters are so famous among us? Let’s put some light on it. The Characters Are Archetypical And Unchanging. I think the biggest reason we see Scooby-Doo’s lasting presence is because its characters all fit easily into archetypes.

As we all know that Scooby-Doo is an American animated media franchise comprising much animated television series produced from 1969 to the present, as well as their derivative media.

Remember? How Scooby often speaks in a rhotacized way, substituting the first letters of many words with the letter ‘r’. His catchphrase is “Scooby-Dooby-Doo!”

Well, I absolutely can’t keep calm, to begin with, the list of these Scooby-doo characters. So, without any further ado let’s dive straight into the list.

To begin with, Shaggy is the funniest character. Shaggy is a lanky, teenage male; he is fairly light for his age—even Velma Dinkley can pick him up with her own hands. He seems to have a very long neck. He also has whiskers on his chin, forming somewhat of a goatee. During his time as a werewolf, his irises are bluish-green.

Scooby is lovable and the rest of the gang is smart, but Shaggy is the goofiest and the best. He is a cowardly slacker and the long-time best friend and owner of his cowardly Great Dane Scooby-Doo.

He’s the only character that can beat Ultra Instinct Goku. Shaggy uses his catchphrase “Zoinks!” whenever he’s surprised or scared, which is frequent.

He is the Great Dane mascot of Mystery Inc., and the pet and best friend of Shaggy Rogers. Scooby is brown from head to toe with several distinctive black spots on his upper body.

Scooby is generally quadruped but displays bipedal ‘human’ characteristics occasionally. The dog also has opposable thumbs and can use his front paws like hands.

Albeit, He has a black nose and wears an off-yellow, diamond shaped-tagged blue-green collar with an “SD” (his initials) and has four toes on each foot unlike other dogs, Scooby only has one pad on the sole of each of his feet.

As a pup, he wore a scarf and earmuffs in cold climates. Speaking of his personality, Scooby-Doo and Shaggy share several personality traits, mostly being constantly hungry, being scared easily and most of the time refusing to help others. Haha, I find this character very intriguing.

Daphne Blake is a fashion-loving member of Mystery Inc. Her characteristic trait in the gang is her tendency to get into danger, hence earning the nickname “Danger-prone Daphne”.

Talking about her physical appearance, Daphne is a teenage female, with an hourglass figure and shoulder-length red hair. Her most worn outfit consists of a purple top, dress, pink pantyhose, and purple shoes. She also wears a plastic purple headband and a green scarf.

personality wise, she is not as smart as Velma Dinkley, Daphne would always solve her problems in a different way.

She later became more confident and started playing a more active role as time went on having learned self-defense.

Velma Dinkley, is the bespectacled resident genius of Mystery Inc., often being the one to decipher the clues and solve the crimes. Speaking of her physical appearance, Velma is a teenage female, with chin-length auburn hair and freckles. Dinkley is somewhat obscured by her fashion choices, wearing a baggy, thick turtlenecked orange sweater, with a red skirt, knee-length orange socks, and black Mary Jane shoes.

Her facial shape is also more circular/square compared to the ovular shape of Daphne. She is also well known for her thick-framed, square glasses.

Talking about her personality, She has a fascination with mysteries (her younger sister Madelyn said that she was “born with a mystery book in her hand”.)

At times she can be competitive with other people who are very intelligent like she is, such as Verona Dempsey.

She is sharp-witted and sometimes sarcastic, not lost on others. Velma also seems to love secrecy, and has a bit of slyness in her character, as she was the only gang member to actually perpetrate a hoax, albeit for a noble reason, as she was helping Omar Karam protect Cleopatra’s riches.

He wears a white sweater over a blue shirt, blue pants, brown shoes and a red ascot. Speaking of personality, Fred has an intense love for mystery solving and building traps.

His love for traps usually distracted him from noticing anything else, as a result, Velma doesn’t think he’s very deep. His discovery that his life had been a lie has profoundly affected him, leaving him in a deeply emotional state.

This started forcing him to search for his biological parents soon after he “made a new start” by breaking his engagement with Daphne and declaring “Mystery Incorporated is dead.”

Scooby-Dum is Scooby-Doo’s cousin. Dum lives with Ma and Pa Skillett in the Okefenokee Swamp of southern Georgia.

Whenever Doo and Dum greet each other, Scooby-Doo greets, “Scooby-Dum” and Scooby-Dum says, “Scooby, doobie, doo.” They then do a special handshake involving two high fives.

Scooby-Dum was also a member of the Scooby Doobies on Laff-a-Lympics. He is a grey Great Dane with the same black spots on his back as Scooby-Doo.

Besides his color, he’s distinguished from his cousin by his red hat, red collar, buck teeth, and droopy muzzle.

Scooby-Dum is, above all else, as dim-witted as his name implies and overall completely useless. This spaced-out, unintelligent demeanor leads him to be both extremely brave and extremely cowardly, depending on whether or not he’s actually noticed the danger near him is actually dangerous.

Scrappy-Doo is a Great Dane puppy and the nephew of Scooby-Doo. Scrappy is the most noteworthy of Scooby’s relatives. He is noted for being quite headstrong and always wanting to face off in a fight against the various villains.

Speaking of his physical appearance, Scrappy has a light brown coat and a black nose. His ears are pointed and slightly bent at the tip. He wears the traditional Doo family collar.

Personality-wise, Scrappy idolized his uncle Scooby and would often assist Scooby and his friends in solving mysteries.

With a highly energetic and brave personality, despite his small size, Scrappy was the opposite of his uncle.

Scrappy would usually insist on trying to directly fight the various monsters Scooby and his associates encountered. But, there were times when he showed a little cowardice.

The Creeper was the disguise of Mr. Carswell, a bank president. His physical appearance is absolutely intriguing.

He was in a costume resembling a green-skinned phantom/zombie with a hunchback posture, dark red hair, yellow eye sclera, and a somewhat lopsided face with prominent cheekbones and a long jawbone.

However personality-wise, He had a violent temper, as shown when he brutally beat up a bank guard.

He also didn’t appear to be very smart, as he fell for Scooby-Doo’s incredibly obvious hen disguise.

My Friends, talking about his special powers, could supposedly walk through walls, allowing him to rob the bank.

In fact, the trick worked because Carswell was the bank president and had complete access. He also had immense strength as he easily felled a solid tree trunk and pushed it into the road as a roadblock. knocked the bank guard out with ease and ransacked his entire car without damaging it on the outside.

He often wears a black suit with a red and black cape or a blue outfit with a purple cape.

His personality speaks a lot about himself. Despite being furious with Shaggy Rogers and Scooby-Doo for unleashing the ghosts, he concurred to assist them in their ghost-questing and gives the group a crystal ball through which he can contact them.

He has extensive magical abilities including magical transport and casting his image through a crystal ball. He can also change his wardrobe mid-transport; changing from his warlock robes to a formal suit and cape when assisting the gang.

Ghost Clown first appeared in Scooby-Doo! Where Are You? episode “Bedlam in the Big Top”.

He was secretly portrayed by Harry the Hypnotist. He dressed up as the Ghost Clown, He was seeking revenge against the circus because he was sent to prison after he was caught stealing at the circus.

In his revenge, he dressed up like a clown and hid in the shadows to terrorize the circus by sabotaging equipment.

The Ghost Clown is one of the evilest and most sinister villains of the Scooby-Doo franchise. He took sadistic delight in bringing harm to his hypnotized victims when he programmed them to do life-threatening circus acts and released them from their trance just to rub salt on the wound.