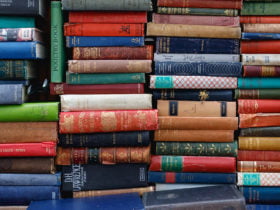 10 Best Graphic Novels Of All Time

Hello readers, hope you all are doing great in your life. Today’s topic of discussion is 90s Punk Bands. Do you also love listening to this 90s punk band’s music in your free time? If yes, then this article is all for you.

However, Punk embraces a DIY ethic; many bands self-produce recordings and distribute them through independent record labels.

90s punk bands, widely known for their taste in music. While it never quite emerged as a full mainstream movement, the sheer passion of punk helped it to find an immediate audience in the marginalized and misunderstood.

As novelty records, metal, and disco music flooded the scene, more people turned to 90’s punk bands in search of a personality that resonated with their own. 90s punk bands.

So without any further let’s begin with the list of 90s punk bands. Hope you will enjoy this light reading.

90s punk bands listed on the basis of their popularity:

Green Day was originally part of the punk rock scene at 924 Gilman Street in Berkeley, California. Its early releases for independent record label Lookout! Records earned them a grassroots fanbase, some of whom felt alienated when the band signed to a major label.

Green Day’s sound is often compared to first w-wave punk bands such as the Ramones, The Clash, Sex Pistols, and The Jam.

Green Day has covered many bands across the years, that considered their influences.

Ramones’s songs have been covered several times. including recording “Outsider” for the tribute album We’re a Happy Family, and performing “Blitzkrieg Bop” and “Teenage Lobotomy” when the Ramones were inducted into the Rock and Roll Hall of Fame in 2002.

The Descendents have been cited as hugely influential to a large number of modern-day pop punk and skate punk bands such as Blink 182.

Although, Over the years the Descendent’s style of music has changed from short minute hardcore style songs to average length 2–3 minute punk rock songs.

Though they had to change the official name of the band from blink due to another group from Ireland with the same name, they are still most commonly referred to by fans as simply blink.

Formed in August 1992 and originally consisted of Tom DeLonge, Mark Hoppus, and Scott Raynor. Raynor replaced by Travis Barker in 1998 due to some issues with alcohol on Scott’s part.

On February 22nd, 2005, it was announced that the band was on an indefinite hiatus. DeLonge left the band and went on to form Angels & Airwaves, while Hoppus and Barker formed +44.

The Group was fairly popular in southern California and in 1987 appeared the single ‘ I’ll Be Waiting ‘ was on Black Records, their own label.

In mid-1992, the Group encountered a record deal with Epitaph where they wanted. They tried it with their demo, and they got the contract immediately.

And later that year at that independent label of ex-Bad Religion Brett Gurewitz, their second album called ‘Ignition’. This album was not a success. But was nevertheless sold 400,000 times and was an ‘ underground ‘ hit.

This band is often credited for leading the revival of punk rock during the late 1980s, as well as influencing a large number of other punk and rock musicians throughout their careers.

Rancid is a Californian ska punk band. They are often compared to such hardcore punk bands such as The Clash. They originated in Berkeley, California in the late 80’s Gilman scene along with Green Day.

Tim Armstrong is originally from Albany, California along with Matt Freeman. Their former drummer is Brett Reed. They signed to Epitaph Records.

However, the members of the band include,

Sum 41 is a Canadian punk-rock band from Ajax, Ontario. Since signing an international record deal with Island Records in 1999, the band has released 4 studio albums, 1 live album, 2 live DVDs, and 22 singles, and sold over 10000000 albums worldwide.

It’s reported that the band performed more than 300 times in 1 year which is why they have become famous for their long and global tours, often lasting more than 1 year.

Early influences on their music included the Beastie Boys and NOFX, especially in their All Killer No Filler rap rock music found in the “Fat Lip” and “What We’re All About” singles.

Their later music in the album Does This Look Infected? had heavy influence from The Offspring, as the band itself commented.

NOFX is a Skate Punk/Ska Punk/Hardcore Punk band that was formed in Los Angeles, California in 1983.

The best hits of the band include,

Influenced by punk revival bands from the 1990s such as Green Day and NOFX, the five-piece is renowned for incorporating pop melodies into a punk rock sound.

Subsequently, they are now widely credited as a key pioneer in the fusion genre of pop punk.

Also, noted for its energetic live performances, the band has garnered a devout following over the course of its career.

The band began touring the East Coast area and built a strong following before releasing their debut album, Nothing Gold Can Stay.

I guess the band has done great in his career.

Fugazi was a Post Hardcore band from Washington, D.C. in 1986. The group consists of guitarists and vocalists Ian MacKaye and Guy Picciotto, bassist Joe Lally, and drummer Brendan Canty.

The albums of the band include,

The band is currently on hiatus, and it is unknown whether or not the band will be back together, however many of the members are working on other projects still.