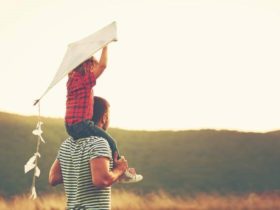 If we talk about songs, so many songs are uploaded every day on Youtube and we listen to a lot of songs daily. But some of those songs get such an amazing response and those songs get a lot of views on YouTube. So come on guys let’s see which song got the most viewed songs on YouTube.

YouTube was created in 2005 with the first video called “Me at the Zoo” being uploaded on 23 April 2005. Since then, 1.8 billion people or more have set up YouTube accounts now, this count will always be on.

Read More :- YouTube’s List Of The Most Viewed Music Videos

The popular singer or songwriter Ed Sheeran released this song on 7th Oct 2014 and this video has got 2.8 Billion+ views on Youtube so far. The song spent 19 weeks within the Top 40 in the UK before peaking at number one in early November 2014. In Oct 2015, it became the first streamed over 500 million times on Spotify. This song “Thinking Out Loud” is the second song of Ed Sheeran which has got 2.8B+ views. That’s why it comes in the top 10 10 Most Viewed EDM Songs list.

The most popular American pop rock band OneRepublic released this song “Counting Stars” on 31 May 2013, now “Counting Stars” has crossed 2.8 Billion+ views On Youtube. The song was written by lead singer Ryan Tedder, and produced by Tedder and Noel Zancanella. The music video “Counting Stars” was filmed on 10 May 2013, in New Orleans, Louisiana. It has sold over 1 million copies in the United Kingdom. This song has been one of the band’s most successful singles, reaching number one in many countries including Canada and the United Kingdom.

The American singer Katy Perry released “Roar” on 5th Sep 2013. “Roar” crossed 2.9 Billion+ views on Youtube. The music artist Perry co-wrote the song with Bonnie McKee and its producers Dr. Luke, Max Martin, and Cirkut. The song “Roar” was teased multiple times on YouTube, marking one of the few top 10 videos in this list to use the platform for pre-release promotion. The song had sold 9.9 million units globally. That’s why it comes in the top 10 10 Most Viewed EDM Songs list

The American band Maroon 5 released “Sugar“(Official Song) on 14th Jan 2015. The song “Sugar” has crossed 3.1 billion+ views on YouTube. It was written by Mike Posner, Adam Levine, Dr. Luke, and Jacob Kasher Hindlin together with its producers Ammo and Cirkut. The song peaked at number two on the US Billboard Hot 100 and became the band’s third top 10 single from V, and eighth consecutive top 10 entry. “Sugar” is the 68th song in history to score at least 20 weeks in the top 10 of the Hot 100.

The Canadian singer-songwriter Justin Bieber released “Sorry“(Official Video song) on 22nd Oct 2015. Now The song “Sorry” has crossed 3.2 Billion+ views on YouTube. “Sorry” Written by Bieber, Julia Michaels, Justin Tranter, Skrillex, and BloodPop. The song was produced by the latter two. The song topped the charts of thirteen countries. It spent 7 weeks at number one on the Canadian Hot 100 and 3 weeks at number one on the US Billboard Hot 100. That’s why it comes in the top 10 10 Most Viewed EDM Songs list

The Korean musician Psy released this song “Gangnam Style” on 15 July 2012. Now “Gangnam Style” has crossed 3.4 Billion+ views On YouTube. This Song became the first YouTube video to reach one billion views and the most viewed video on YouTube from 24 Nov 2012. At the end of 2012, “Gangnam Style” had topped the music charts of more than 30 countries including Australia, Canada, France, Germany, Italy, Russia, Spain, and the United Kingdom.

The British record producer Mark Ronson released “Uptown Funk” on 19 Nov 2014. This song crossed 3.7 Billion+ views on YouTube. It was written by Ronson, Mars, Philip Lawrence and Jeff Bhasker. Produced by Ronson, Mars, and Bhasker. the song topped the charts of 19 countries and reached the top 10 of 15 others, making it both Ronson’s and Mars‘ most successful single to date. In the United States, “Uptown Funk” topped the Billboard Hot 100 for 14 weeks and spent seven weeks on the top of the UK Singles Chart.

The American rapper Wiz Khalifa released “See You Again” Ft. Charlie Puth on 6 April 2015. It has crossed 4.3 Billion+ views on YouTube. The track was commissioned for the soundtrack of the 2015 action film Furious 7 as a tribute to actor Paul Walker, who died in a single-vehicle accident on 30 Nov 2013 in Valencia, California. The artists co-wrote the song with its co-producers, DJ Frank E and Andrew Cedar, with additional production from Puth and mixing provided by Manny Marroquin.

The American singer or songwriter Ed Sheeran released this song “Shape Of You” on 30th Jan 2017 and this video has got 4.5 Billion+ views on Youtube so far. The dancehall-infused pop song was written by Ed Sheeran, Steve Mac and Johnny McDaid. In 2018, Billboard ranked “Shape of You” as the ninth most successful song of all time, as the magazine celebrated the Hot 100’s 60th anniversary. It was also the most-streamed song of the decade on Spotify.

The Puerto Rican singer Luis Fonsi released “Despacito” Ft. Daddy Yankee on 12th Jan 2017. “Despacito” has crossed 6.5 Billion+ views on YouTube and became the Number 1 most viewed EDM song in the world. The song was written by Fonsi, Erika Ender, and Daddy Yankee, and was produced by Mauricio Rengifo and Andrés Torres. Then the remix version featuring Canadian singer Justin Bieber was released on 17 April 2017, which helped to improve the song’s chart performance in numerous countries. Commercially, the song topped the charts of 47 countries and reached the top 10 of six others, making it both Fonsi’s and Daddy Yankee’s most successful single to date.