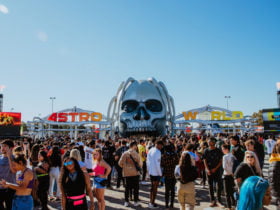 American rapper from Manhattan, A$AP Rocky has dropped his new song named “Sandman.” Listen to the full hip-hop track below.

The release of “Sandman” comes as the rapper’s 2011 mixtape Live. Love. A$AP arrives on streaming platforms for the first time. It is produced by Kelvin Krash and Clams Casino, during Yams Day 2021.

The track is the latest solo track from A$AP Rocky after a string of recent features. He also appeared on “Lane Switcha” for the F9 soundtrack alongside Skepta, Juicy J, Project Pat, and the late Pop Smoke.