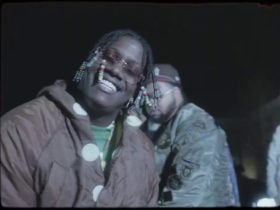 American rapper, singer, and actor, Aaron Carter died at the age of 34. Carter was found dead on Saturday (November 5) in his home in Lancaster, California.

Aaron’s fiancé, Melanie Martin, tells TMZ … “My fiancé Aaron Carter has passed away. I love Aaron with all my heart and it’s going to be a journey to raise a son without a father. Please respect the privacy of my family as we come to terms with the loss of someone we love greatly. We are still in the process of accepting this unfortunate reality. Your thoughts and prayers are greatly appreciated.”

The singer was found dead Saturday at his house in Lancaster, CA, Aaron’s body was found in his bathtub. Police received a 911 call at 11 AM Saturday that a male had drowned in the tub.

Aaron Carter was the younger brother of Nick Carter, a member of the popular late-1990s boy band Backstreet Boys. He began performing music when he was just 7 years old, releasing his eponymous debut album in 1997.