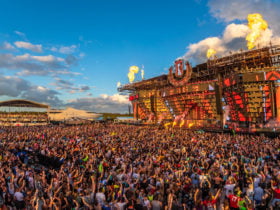 Norwegian DJ and record producer, Alan Walker has joined forces with Conor Maynard for the new game song, “Believers.” Watch the video below.

Walker said, “for this song I wanted to create a video together with some of the greatest gamers I know. This is our tribute to the videos that made so many of us fall in love with gaming and music. This is the Believers best kill montage.”

The vocals comes up, “I heard it was the wrong things I get right / I blame it on the monsters in my mind / With stories from outside these prison walls.”

Recently, Walker partnered with Republic Of Gamers as a global ambassador. Meanwhile, he teamed up with Salem Ilese for the amazing track, ‘Fake A Smile.’ This is the track is taken from the Walker’s new chapter. Also, In Jan, he dropped his latest EDM song named, ‘Sorry‘ featuring Musical group, ISÁK.