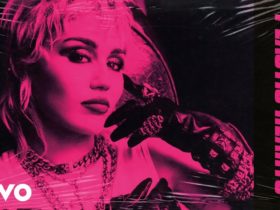 The Punjabi singer, Sidhu Moose Wala has officially released his first track, “Bitch I’m Back” from the new album. Listen to the full song below.

The track’s music is given by The Kidd, mix & master by Dense, visuals by Navkaran Brar, & performed by Sidhu Moose Wala.

‘HISTORY WAS CREATED every time SOMEONE CROSSED THE LINE. MOOSETAPE 15/5/21.’ the album follow his previously album, ‘Snitches Get Stitches,’ which was released on May 2020.

The track marks the first track from the brand new album, ‘Moosetape.’ He has been teasing the album for a long time, and now he is releasing the track one by one. Also watch the intro of the album below.

Sidhu says about the album, ‘Success, Money, Fame… I’ve seen it all but like everything else in life success come with a price it got lonely at the top friends turned foes, brothers, into enemies they thought I was finished that I’ll never come out of this, Guess what? Knock me nine times But I get up ten and here it comes so tell me… Can you take it?’

Check out the MOOSETAPE 2021 tracklist here: