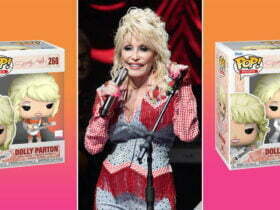 The new album from the late rapper, Pop Smoke will be released on July 16, Victor Victor Worldwide and Republic Records. Watch the full trailer below.

After his manager, Rico Beats teased the album via Instagram, now the official date has been revealed, the album title has yet to be announced. Pre-save the full album here.

In Feb 2020, The rapper Pop Smoke (Real Name Bashar Barakah Jackson) shot dead at just 20 in an armed robbery at his home in the Hollywood Hills, less than two weeks after the release of his acclaimed ‘Meet The Woo 2’ mixtape.

Pop Smoke also appeared in Eddie Huang’s film Boogie, and a new song called “AP” was released as part of the film’s soundtrack. His debut album Shoot for the Stars, Aim for the Moon released in late 2020.

Also, Pop Smoke appeared in the track, “Lane Switcha” which was released on the F9 soundtrack, a collaboration from Pop Smoke, Skepta, A$AP Rocky, Juicy J, and Project Pat.

MUST READ – SZA Will Delivers New Music On Upcoming Livestream