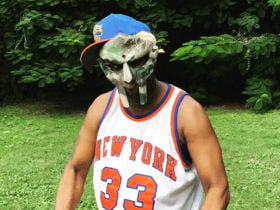 The song ‘Beyonce Sharma Jayegi‘ from the movie ‘Khaali Peeli‘ has arrived, after releasing the song fans says sorry to pop American singer Beyonce. Watch the video below.

The song received an unfavorable response from Twitter users, a lot of them found the lyrics of the music racist and apologized to pop icon Beyonce. It is also getting brutally trolled by netizens for its lyrics with fans accusing makers of practicing racism and casual sexism.

Many of them found the lyrics of the music racist and apologized to pop icon Beyonce. Check out all the tweets here.

Deepesh Sing said, “What utter bullshit….! Ananya Pandey, being compared to THE #Beyonce the CLOWNERY. Bow before our Queen bitches…..”

“Bollywood actors can tweet BLM all they want but then they’ll pull the most racist shit ever. Ananya Pandey & the whole team behind the song insulting one of the biggest black female stars ever is absolutely pathetic. I hate all your hypocrisy fuck you.” Diprasingh7 said.

VJ Andy shared a clip and wrote, “Oh Dear! #BeyonceSharmaJayegi Might be the worse thing I’ve seen ever! I’d like to apologise to @Beyonce for this racist sexist hot mess. #BLM #mondaythoughts.”