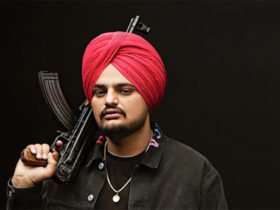 The five-track EP will be released on August 20 and will be the first release on Olsen’s new Jagjaguwar imprint something cosmic. She also released EP’s first song named “Gloria,” listen to it below.

She said, “Summer 2020 was tough for many reasons. But Adam and his wife Emily opened their home to me and made it a safe space to create and let go. I told Adam I had an idea to record some covers and bring some of the band into the mix or add other players.

“I wanted to record 80’s songs that I’d overheard walking the aisles at the grocery store, and I needed to laugh and have fun and be a little less serious about the recording process in general. I thought about completely changing some of the songs and turning them inside out.” She added.

“Most of these covers were tracked in the winter of last year. I’d come over to find Adam had set up 5 or so synthesizers, and we’d get lost on a part for a while messing with some obscure pedal I knew nothing about. We’d spend a good amount of time going through sounds before finding one or two, sometimes we’d get really weird and decide to just go with it.”

“I know it’s not really in my history to do something unintentionally or just for the hell of it but my connection to these songs is pretty straightforward, I just wanted to have a little fun and be a little more spontaneous, and I think I needed to remember that I could!”

“My cover of Laura Branigan’s “Gloria” is out today. The EP is out digitally on August 20. Physical LPs and tapes will be out on September 24 on frosted blue vinyl and clear blue cassettes. “