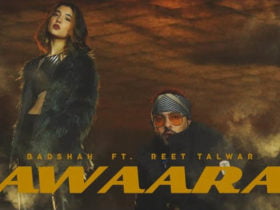 American singer & songwriter, Ariana Grande has released a deluxe edition of her latest album, ‘Positions.’ Listen to the full album below.

In the deluxe edition, she added 4 new tracks including, ‘Someone Like U (Interlude)’, ‘Test Drive’, ‘Worst Behavior’ and ‘Main Thing’. Last year, On Nov, she released her latest sixth studio album Position,’ which features 14th tracks including, Shut Up, 34+35, Motive Ft. Doja Cat, Just Like Magic, Off The Table Ft. The Weeknd & many more.

Recently, she also released her latest music video of the track, ‘34+35 Remix‘ ft. Doja Cat & Megan Thee Stallion. Last month, she released her brand new Netflix concert event, “Excuse Me, I Love You.” & also, she announced her engagement with her boyfriend Dalton Gomez.