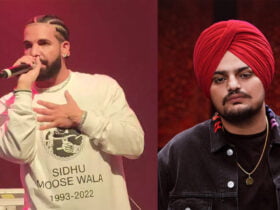 American singer and songwriter, Ava Max to release her two new upcoming tracks named ‘In The Dark’ and ‘Last Night On Earth.’ Watch the full teaser below.

Both the songs will appear on Max’s upcoming second album, ‘Diamonds And Dancefloors’, which will be released on January 27. They were preceded by the singles ‘Maybe You’re The Problem’, ‘Million Dollar Baby’, ‘Weapons’ and ‘Dancing’s Done’.

Her upcoming album, ‘Diamonds and Dancefloors’ is the follow-up to Max’s breakout 2020 album ‘Heaven And Hell’. The track, ‘In The Dark’ is set to be more of a mid-tempo number, while its visuals feature the singer performing the song on a bed, underneath the glare of red light. ‘Last Night On Earth’, meanwhile, is more upbeat, with an accompanying video showing Max dancing on a rooftop.

Ava Max To Release Two New Tracks, ‘In The Dark’ And ‘Last Night On Earth’

DAY 6- IN THE DARK 🌃 pic.twitter.com/VMIBTCUGK5