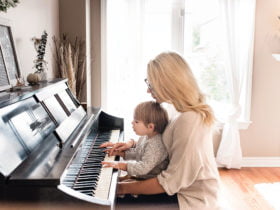 12 Best Songs About Family You Must Listen

Hello! Readers. I hope your day has been great. Today the topic of discussion for us is “ Cowder Characters ”. First, tell me, have you watched chowder? If yes, then this article on chowder characters will reminisce about the good time you had watching chowder.

Anyway, for the people who have not watched the chowder, let me give you a little insight into it. I will especially tell you about how exciting the chowder characters are.

To begin with, chowder is an American animated television series. The epicenter of the series is a boy named chowder. Chowder aspires to become a master chef. Hence, Chowder’s characters take part in making his journey of becoming a chef a little exciting to watch. Now that you have a little idea of chowder, how about knowing the chowder characters in a little depth?

Chowder characters based on their popularity in the show:

This cute little fellow is the main protagonist of the series. However, the series’s name and his name are the same, Chowder. He has that cat- Bear- rabbit-like appearance. In the above picture, you can see he wears a purple hat which is very funny.

He has a pink nose, how cute! Isn’t it? Chowder is indeed innocent, sweet, and cute. However, He always wishes to be in the kitchen. He has a mentor named Mung, chowder is emotional to take his mentor’s instructions. Chowder often fails to follow his mentor’s orders, and because of this, he feels overly emotional at times.

Chowder wishes to become a chef and he is very sensitive about it. Mung knows well that chowder is extremely loyal to him, and chowder addresses Mung as his father. Can’t deny, chowder creates a nuisance to other characters. This makes his character intriguing.

What to say about him? Shnitzel is a tritagonist of chowder. This character is a rock monster. He also works for Mung at Mung Daal Catering. Unfortunately, schnitzel is underpaid at his workplace, he feels extremely bad about it.

However, he often finds himself in the position to question the behavior of his boss and chowder towards him. It’s bizarre to him. Later, he develops a strong hatred towards chowder. He wishes that Chowder would leave his workplace forever.

One personality trait about him is that as he is a rock monster, he has the ability to lift things that weigh more than his weight.

Just look at how big his nose is! Funny! Well, he is a middle-aged woolly mammoth fruit salesman in Marzipan city. He is a great friend to chowder and always helps him out of difficult situations. The character lives with his mother only.

Gazpacho has very unique traits in his personality. Whenever he is depressed he likes to soak in a pickle barrel. He is very close to his mother. Whenever he feels he has done anything wrong, he first goes home and tells his mother about it.

More precisely, he doesn’t have his own personal life. Although, he is very friendly, especially with the little kids. Speaking of his role in the series, he has performed several roles in the series, including comedian, knish kringle, umpire, Count Dracula, New Chowder, Drummer, Fruit Vendor, and whatnot.

She is one of the main characters of chowder. Panini was a huge crush on chowder, later she became his wife too.

The one person to whom panini is very loyal is Ms. Endive. Well, Endive often punishes her whenever she makes a mistake, still, she chooses to be loyal to her.

Throughout the series, she has been nice and sometimes violent too. Violent because she couldn’t control her anger when somebody bullies or irritates her love, chowder.

As mentioned in the above character’s details, Mung is the boss to Chowder and shnitzel. He is the owner of Mung Daal’s Catering Company. Apart from this, he is a senior chef there too. He is a nice husband to Truffles.

Mung has a best friend named Gaspacho. Also, he has an enemy named Miss. Endive. The character is interesting because his personality keeps changing throughout the series.

The things that he adores the most are cooking and women. He doesn’t like when customers don’t behave nicely to him, or be picky about the food items he serves.

I just love his cute nose, so cute!  And look at that candle on the top of his head, how funny! Well, he is an egoistic person. He is quite the jealous type. The character feels bothered to take chowder and panini happiness and their lives.

Gorgonzola is not satisfied with his own life, this is the primary reason why he feels jealous and insecure about the people around him.

He has shared several conflicts with Chowder throughout the series. However, he was apparently seen to get warmed up to chowder over time. As a result, he later helps Chowder to win an election.

This character is beyond anyone’s imagination. Why am I saying that? Because he is a living balloon. Do you know? His appetite is bottomless.

This means as once he is full, all he gotta do is one fart, and guess what? Now he is hungry again. It’s so funny to watch. After all this process, now he is back to his normal size.

Mr. Mung is a regular customer to him. This balloon has a British accent. He is not fond of sharing anything.

He is the master of the dance school. Ceviche always speaks in a monotone, you can’t predict with what emotion he is speaking.

The character is quite sensitive and he likes to be in a jolly mood always. Although he is kind-hearted, he likes to give food to people who can’t afford it. He is compassionate towards the old ladies and helps them to walk down the street. Such benevolent he is, isn’t he?

Arbor is a male tree. He was first seen in the episode “the arborians”. He is very choosy and moody, he lives in the houses only he likes.

Throughout the series, he has been seen taking decisions first by asking. His godfathers. He has his own likes and dislikes. Chowder is very dear to him. On the other hand, he doesn’t like Mung at all.

By the time you will watch the series, you will know what interesting role he has played. That is surely entertaining.

Look at her eyes and head, how cute! She is the protagonist of chowder. The company for which chowder works is a cashier there. Although, she is the wife of Mr. Mung.

The other characters who work in Mung’s Company fear her, she is quite mean at times. She never accepts her mistakes, and always ends up blaming others for the mistakes she makes.

Apart from her mean nature, she also has been seen loving and caring for her husband deeply. Truffles always used to yell at chowder, nevertheless deep down she takes care of him as his own child.

Ironically kimchi is a cloud, but he is referred to as a fart. It’s because of his appearance, odor, and his patterns of speech.

Kimchi is a dear pet of chowder. Because of the bad smell of kimchi, no one likes to be around him. That’s sad.

Nevertheless, chowder never minds it, as he is used to his smell, and doesn’t find it less bothersome to him.

They both share a wonderful relationship with each other. Kimchi, he often gets worried for his master if he comes late. He is very lovable and caring for chowder.

Although, kimchi is unable to speak in a language that the audience can understand. He lives in a cage, the cage which is placed in chowder’s bedroom.

Look how bluish he is! I find him a small, cute, and rounded-off square-shaped body character.

Although, he is a person who argues a lot, quite stubborn. Someone who doesn’t listen to anybody. Chestnut is very quick at doing violence to others.

He only does good to those who do good to him. Chestnut believes in maintaining give-and-take relationships.

Her nose and her figure can surely make you laugh. Agreed? She is a master chef. Endive only likes people of high social status. The lady is pretty arrogant and stubborn too. She is full of herself and has a superiority complex over everyone she meets.

Although, she is very dedicated when it comes to cooking. She has great presentation skills for her dishes to look great on plates. We can conclude that she is a perfectionist chef.

However, she is resentful of men for several reasons. Endive shares a rivalry with the Mung Daal. They always argue with each other and never share a casual friendship throughout the series.

As the name suggests he is the master of weather in the city. He is a short-tempered person, as a result, he often punishes innocent people for creating the smallest noise.

Although, he is very fond of participating in the city’s festivals. Whilst he is not super busy, he likes to sit for some time and prepare his meal. He loves dancing, he dances well too.

He is not very garrulous, nevertheless, he is a man of his word.

Tony is a dear friend to Mr. Mung. His clothes include a Hawaiian Tank Top, blue shorts, and sexy glasses of black color. He has a solid body, he only says “sup” in the series to his friend.