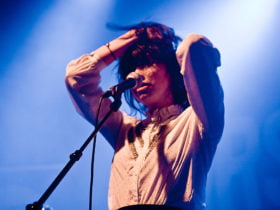 Hey Guys! Hope you are going well. Today in this article we are going to tell you about the best bald cartoon characters. Baldness generally suits villainous or negative characters. But that doesn’t mean that there can’t be positive characters with bald looks.

Be it, Homer Simpson, Aang, Popeye, or Tenzin, they are perfect examples of the finest bald characters in the cartoon. However, there are also characters like Eustace Bagge whose bald looks perfectly suit his villainous character. Let’s go straight into the list of bald characters who get famous for their impression on audiences and critics.

Homer Jay Simpson is the protagonist of the animated series The Simpsons. Matt Groening created the character. In 2019, Disney acquired the show.

Moreover, Homer is one of the iconic bald cartoon characters. He is a lazy and overweight person. But he has achieved various accolades.

Professor X or Professor Charles Xavier is a bald character. He has amazing telepathic powers. He is also the founder of canny X-Men. Xavier is dedicated to mutants and helps them use their powers.

Even though his legs were damaged, Xavier never give up. The character has also appeared in various video games and books.

The antihero of the famous novel Superman, Lex Luthor is a bald guy. He is a devil who is an arrogant, egoistic, and pessimistic person. Not only with Superman, but also disputes with other heroes of DC comics.

In fact, IGN has ranked him No.4 on the list of Top 100 Comic Book Villains of All Time. Lex hated Superman since the childhood incident and become a cruel man.

Popeye is one of the most famous bald cartoon characters. This guy has made our childhood memories more interesting. He influences kids to eat spinach as it’s a source of iron and he gets energy after eating it.

He appeared first in the comic strip Thimble Theatre. Later on, the comic’s title changed to “Popeye”. The impactful character appeared in ads, tv series, and video games too.

Aang is the Airbender from the popular Avatar series. He is excelled at his bending moves. Even better than his mentor. He is the last bender of his nation, Air Nomads.

Interestingly, Aang earned airbending tattoos at the age of twelve. When someone dares to threaten his friends, he can’t stay calm and attack the opponents.

Tommy Pickles is the bald character and protagonist of the TV series Rugrats. He has also appeared in its spinoff and movies like The Rugrats Movie, Rugrats Go Wild, etc. The American actress E. G. Daily gave her voice to the character.

In fact, he is curious about everything even when it’s nothing to relate with. That’s why he always wants to escape from the crib.

Eustace Bagge is the famous antagonist character in the series “Courage the Cowardly Dog”. He gets envious of the dog because her wife gives the dog more attention than him.

Even, Eustace always used to scare him, treat him badly, and never like him to be around. Well, sometimes he seems to offend some cruel villains along with the dog. But that only happens occasionally and Eustace behaves as usual rudely to him.

One of the renowned bald cartoon characters, Charlie Brown appeared in the comic strip Peanuts. He sometimes behaves like an optimistic person and tries to give his best while sometimes he didn’t feel confident no matter what.

Charlie is a shy and kind person who behaves strangely. He wears his famous zigzag patterned shirt. The Peanuts movie(2015) becomes a box-office success.

The leader of Red Lotus in the movie Avatar, Zaheer is an expert in martial arts. He becomes the second person to unlock the ability of flight. Even when he got imprisoned, he didn’t give up.

Rather than that, he escaped and also helped his allies to escape. The best thing about Zaheer is that he never fights or attacks someone without any reason.

Stewart Griffin is a bald character from the series “Family Guy”. He talks and behaves like an adult person. He is very close to his pet Brian. Stewart can construct mind control devices and other advanced devices.

Additionally, he speaks fluent English and his vocabulary is amazing and much better than other elder people. He loves his teddy Rupert and shares his secrets with him.

Nigel Numbuh 1 Uno is the main character of the series Codename: Kids Next Door. He is the bald British leader of Sector V. He wears grey shorts, sunglasses, and brown shoes with white socks.

Hoagie, Kuki, Wally, Abby, and Fanny are some of his friends. while Harvey McKenzie is one of his biggest competitors. Moreover, He is very close to his father Monty Uno.

Who doesn’t know Tenzin? He is undoubtedly one of the most popular bald cartoon characters. His parents are Avatar Aang and Katara. Like his father, he has also earned arrow tattoos.

Tenzin is much like his father. When someone tries to harm or threaten his family, he can do anything to protect them.