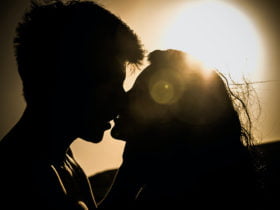 10 Best Make-Out Songs Must Listen With Your Lover

Before digging into that, let’s discuss things that relate to the topic. Big mouth is an adult-animated American-based tv series. The epicenter of this series is teens. The idea behind making this series is to show the struggling period of teens.

Big Mouth characters clearly try to portray the exact circumstances that a teen goes through in their lives. You or I or anyone can relate to the big mouth characters.

When the content of a fictional animated tv series is appropriate, meaning relating to reality, then it becomes easy for the audience to feel connected.

As I mentioned earlier big mouth explores puberty, hence it is surely going to entertain you considering all parameters of true entertainment. Alright, now without any further delay we will dive straight into the list of Big Mouth characters.

Nick is the younger one in the show. The one who hit puberty last in his friend circle. He feels himself being bullied by his friends because they were older than him.

All we can conclude is that puberty has been particularly unkind to Nick. Irrespective of all these bullies, he was still the most likable character on the show.

Even after all this, he never feels afraid to take a stand for himself in front of others who try to bully him.

Missy’s character is pretty innocent especially when it comes to sex. She is a very kind-hearted and lovable person.

The girl is highly intelligent and takes a stand for herself every time. This girl always tries to look for the best thing in others. As she is innocent and introverted she kind of seeks acceptance from the people around her.

The reason why she looks for acceptance is that people around her are mean and they are habitual of dismissing her. This pretty girl is easygoing and pleasant in the eyes of the viewers.

Every trait of her personality is likable, no one can deny that. Rest other characters in the show are mean or sharp, nevertheless, she is the most warm-hearted person in the show. Of course, my personal favorite, and yours?

Connie is a hormone monster. Intriguing right? She is fond of helping girls who hit puberty. She is very honest. This pretty amazing character is seen to get cozy with Maury at times, they have shared some causal sexual relationships.

Throughout the show, she has been humble to others and has shown her caring nature to plenty of other characters in the show.

He looks charming and is one of the main characters with a big mouth. Although, he is a character who is greatly observant. He knows exactly what goes around him.

However, he is a gay student and he always fights for the rights of marginalized groups. He is often seen giving the right and useful advice to his friends.

Mathew always tries to make himself a better person with each passing day. To the viewers, he has given plenty of hilarious and heartwarming moments.

It will be no mistake to mention that he is the main character of the big mouth. He is a magical boy who possesses a passion for performing magical tricks.

The funny part is he has also been seen having those fantasies for women. To fulfill that he regularly has sex with various inanimate objects, including a pillow.

People also feel sympathetic towards him as he has been through some emotional traumas.

This character is a monster who is a million or billion years old. He is a benevolent guy who is fond of helping others out.

To be honest I can say that he is the funniest and most important character in the big mouth.

This character has the potential to make every individual laugh who watches his show. He can give you a perfect dose of laughter.

This girl is also one of the main characters. She is the one who is intelligent enough and very liberal. Although, she is a dear friend to Andrew, Missy, and nick.

However, she always wishes to do the right thing with others, which shows that she is kind by heart.

It is noticed in the show that due to negative consequences, Jessi seldom does wrong even when she tries to be right.

Her parents are divorced, and presently she lives with her mother only. One thing that viewers appreciate about her is her outspoken nature. She always sticks by her friends, which is a rare quality.

Andrew is seen as having differences from the hormone monster, Maury. He is a Nerd. The funny part about his character is that he is always one step away from an awkward situation.

Because of his puberty, he often faces unpleasant experiences. Although, he is one of the protagonists of the series. He also has done certain terrible things in the show.

He is one of the faculty members at Bridgestone middle school. He teaches the sex education to the students.

One thing that I can assure you about him is that he is very interesting to watch. At the school, many people adore his presence whilst some feel annoyed with his behavior.

Hence, it is more likely that he takes up the middle spot in the list. The funny part is he is often advised by his students to do good. Usually, teachers advise the students, nevertheless here it is different.

One thing that I appreciate about this character is that, no matter what bad people may talk about him behind his back, he never has a bad word to say to anyone.

He is not a real person in the show. Then who is he? He is a ghost. Ever since the character has been living in Nick’s house.

Well, at first he primarily communicates with Nick only. Later he communicated with the other characters also.

However, Watching the show it is not very evident whether there are any rules or norms to communicate with the duke.

Everything is likable about duke. He is always seen giving valuable advice to the other characters.

The irony is that most of his advice doesn’t benefit anyone. Apart from all this he still provides laughter to the viewers of the show.

He is the hormone monster and is most disliked. Why? Because he is the least effective. It is not known how old he is.

However, in appearance wise he is weird. He can only walk with the help of a walking cane, not just that, he is also partially blind.

Well, I consider him more of a disaster when it comes to performing his duty of being. a hormone monster. He is expected to help others, nevertheless, he always comes up with the worst advice.

Also here is the fact, we can’t deny that Rick is loyal to his clients. He tries to do everything that he can to help others. But we know he fails. All we can conclude is that he has a good heart and he is good to others.

She is a famous girl at her school, so yes! Everyone wishes to be friends with her in order to become popular. No doubt, in appearance wise she is cute and cool.

Although, she is not that easy to converse with like the other characters. She is nasty to others, especially Lola. Lola was so nice to her, she always did whatever Devin asked for, but still, Devin was just mean.

Because of her nature, in later seasons, the other characters start to ignore her negative presence.

She is outspoken by her nature. People adore her bossy attitude. She comes from an abusive home. At some points, she is rude and means to others except Devin.

Her mother dislikes her, nevertheless, Lola is ignorant of this, she takes it as a joke and doesn’t let it bother her.

Hence, there are several reasons to feel pity for her. She is very unfortunate to have disloyal friends and family.

The very fact that she always seeks attention from others, always makes it difficult for her to manage her relationships with others.

He is a former teacher at Bridgestone middle school. Lizer appears to be smart and polite at first. He claims to be a feminist.

Only during the 3rd season does it become very apparent that Lizer is not a very nice person. He was very dual-faced, let me tell you how. He used to molest his female students and then act like he has done nothing. Then he tries to blackmail them and tells them not to share it with others.

He is ultimately fired when it comes out that he had an inappropriate relationship with Lola.

Shame, isn’t he looking terrible? Yes! It is very evident in his appearance. He is an unpleasant fellow more like a villain. His role is to bully children in their faces when they do something wrong.

Well, Instead of making them politely understand their mistakes, he appears before them and judges the children for their actions.

He is more like a sadist. Although, when he is off duty, he is not at all evil. In his life, he has no friends to chill out with.

Obviously, it is because of the duty he has to perform. But it’s been noticed that he feels bad about shaming others.