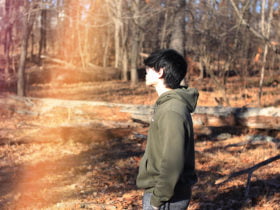 American rapper, and songwriter, Pusha T has resigned from his role as president of Kanye West’s G.O.O.D. Music label.

Today (Dec. 19), Push T revealed in an exclusive cover story interview with XXL that not only is he no longer president of Ye’s record company, but he’s not associated with the label at all.

READ MORE – What Is Form In Music?

The It’s Almost Dry rapper added that he still remains at Def Jam in a 50/50 deal when it comes to his solo music and label, Heir Wave Music Group.

The last time Pusha and West spoke, the rapper told XXL, was when he was on tour. Although Pusha claims he doesn’t agree with West’s views and that West is “not speaking to [him] now,” he went on to say that he “just expressed [himself]” when they last spoke.

“I express myself to him a lot,” Pusha continued. “[West] expressed his thoughts to me.”

“We started working together in 2010,” he said of his dynamic with West. “So, my relationship with him has never been like everybody else’s in regard to the filter. I never had a filter with him. I’ve always spoke my mind.”

“People gotta remember, too. This isn’t new for me, when it comes to disagreeing with him politically and things like that.”