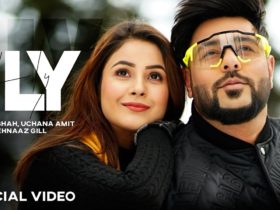 Hey guys! how are you doing? Hope you are going well. Are you looking for What is Form in music, tired of searching for the right answer? No need to search anymore. Today I am gonna discuss the meaning of form in terms of music. Like other languages, music has some composition and rules to better understand it.

READ MORE- Why Is Art And Music Education Important?

Now, let’s discuss the meaning of form. The form is the structure of a musical composition. Besides, this structure includes four elements melody, harmony, rhythm, and sound. When these elements are divided into small units they are called phrases.

READ MORE- How Does Music Affect The Brain

On the other hand, Free forms are those in which compositions do not possess a fixed structure and depend on improvisation. There is another way to describe forms with letters A, B, C, and D.. etc.

So, Here we are discussing the levels of the organization to deeply understand What is form in music. There are generally three levels of organization:

The passage tells how the musical phrases are organized into musical paragraphs and sentences like the verse of a song.

READ MORE- Music For Dancers That Are Just Exceptional

The second level of organization is about the whole structure of a single self-contained musical piece or movement.

The third level is called Cycling. It deals with the arrangement of various self-contained pieces into a comprehensive composition.

There are various kinds of musical forms. Let’s understand them one by one specifically.

The strophic form also refers to the chorus form, AAA song form, and Verse-repeating form. In this form, a piece of music extends with the repetition of a single formal section. You can easily identify it from a song. Generally, It is most popular in folk songs, art songs, and hymns.

The Medley form is the opposite of the strophic form. It is also popular as a chain or potpourri form. Significantly, it is a sequence of indefinite self-contained sections. Sometimes it has also repeated like AABBCC.

The binary form depicts music that has two sections of equal lengths. There are other types of binary forms i.e. simple, rounded, symmetric-asymmetric, and balanced binary forms.

As the name implies, the ternary form represents the music in which the third part repeats the elements of the first part. Further, there are two types of ternary forms i.e. simple and compound ternary forms.

Rondo form usually refers to a repetitive theme alternating with different sections “episodes”. It can be symmetrical or asymmetrical form.

Sonata or Sonata-allegro form is a greater ternary form. It has subdivisions of development, exposition, and recapitulation. Most commonly, “A” parts Exposition and recapitulation are subdivided into two-three themes that are asunder and recombine into “B” part development.

Variational Form focuses on variation specifically. It is also known as the Theme and Variation form. A theme forms the only section and is repeated indefinitely but varied each time.

This form is popular in Jazz and Blues music. In 12 Bar Blues, the melody and lyrics follow an AA’B form. For instance, one phrase is played then repeated with alteration and then a new phrase is played.

Extended forms generally have their root in any of the above forms. They are then extended with additional sections.

READ MORE- Why Is Music Important In Our Life?

As the name suggests, it is a form in which two song forms are mixed.