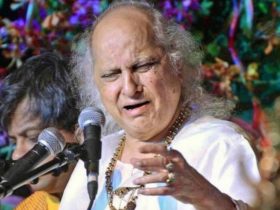 American singer, and rapper, Lizzo has performed her “Someday at Christmas” and “Break Up Twice” on SNL. Watch the full music video below.

She started her performance with “Break Up Twice,” transforming the SNL set into a bedroom before appearing with a full band at the Special track’s peak.

READ MORE – Billie Eilish: Live At The O2 Movie To Release In Theaters For One Night Only

“I chose to cover ‘Someday at Christmas’ not just because it’s a classic, but because it’s a reminder to us that almost 60 years later, we are still fighting for peace, compassion, and equality,” Lizzo said in a statement. “A friendly reminder to spread love and kindness this holiday season.”